Trump: The European Union is our ‘foe’ 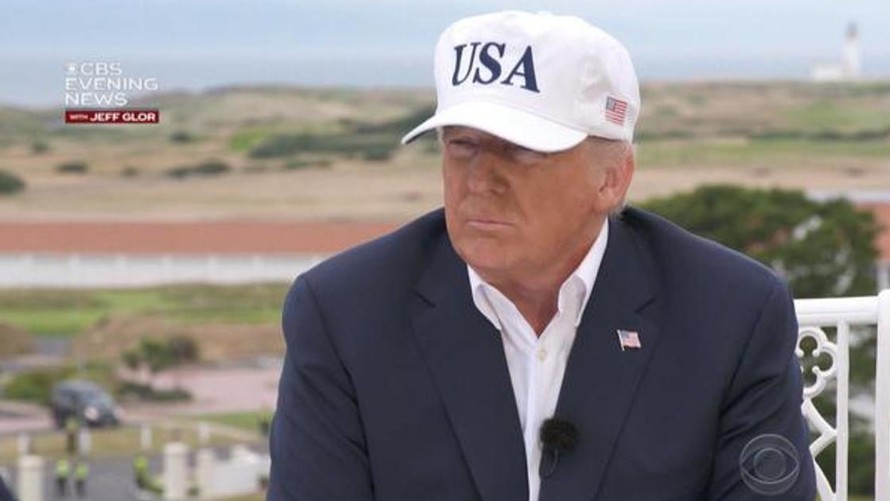 But Trump didn’t stop at the European Union.

“Russia is foe in certain respects,” he said. “China is a foe economically, certainly they are a foe. But that doesn’t mean they are bad. It doesn’t mean anything. It means that they are competitive.”

While he says he respects the leaders of those countries, he repeated his mantra that they’ve been taking advantage of the U.S. for a long time.

His comments follow months of Trump jabs aimed at longtime U.S. allies over trade policies. Earlier this year, his administration implemented costly tariffs on imports from the EU, which drew retaliatory measures.

And what did the president of the European Union have to say in response?

Also during the interview, Trump continued to slam the Russia investigation as “a disgrace” that’s having an impact on America’s standing in the world.

As for Putin, Trump says he has “low expectations” for Monday’s summit. “Nothing bad is going to come out of it, and maybe some good will come out,” he said. Watch this clip from the interview: