Trump to sign executive order on social-media companies on Thursday

Unclear what order will entail, or what effect it will have 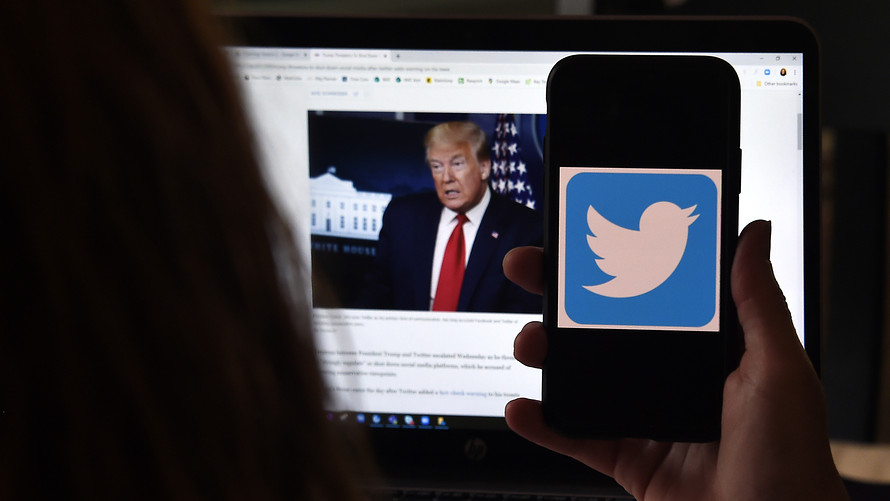 Getty Images
President Trump is not happy with Twitter.

President Donald Trump is poised to sign an executive order on social-media companies Thursday, escalating his war on Twitter Inc., although it remains unclear what it will entail.

Late Wednesday night, the Wall Street Journal reported a draft copy of the order would limit legal protections afforded to social-media companies, making it easier for federal regulators to hold companies liable for curbing users’ free speech. The aggressive order would be broad-reaching and revoke protections tech companies have under the 1996 Communications Decency Act that give them wide latitude in moderating content, and could lead to federal agencies withdrawing advertising contracts with companies found in violation, the Journal reported.

A White House spokesperson confirmed an order was forthcoming late Wednesday, a day after Twitter /zigman2/quotes/203180645/composite TWTR -0.38%  issued its first fact-checking warning label to some of his tweets.

Twitter declined comment. Late Tuesday, a company spokesperson said it issued fact checks because Trump’s tweets “contain potentially misleading information about voting processes and have been labeled to provide additional context around mail-in ballots. This decision is in line with the approach we shared earlier this month.”

Speculation centered on whether Trump would push for new legislation or pressure U.S. regulators to sue the companies. Facebook and Google parent Alphabet Inc. /zigman2/quotes/202490156/composite GOOGL -0.59%   /zigman2/quotes/205453964/composite GOOG -0.41%   are currently under investigation by the Federal Trade Commission and Department of Justice, respectively, for possibly violating antitrust law.