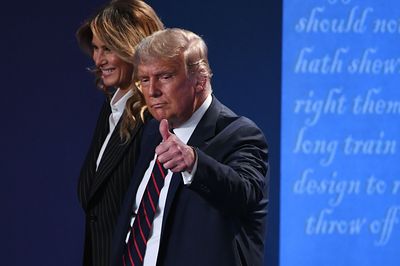 As part of his care regimen so far, Trump has been treated with Regeneron Pharmaceuticals Inc.’ /zigman2/quotes/203149337/composite REGN -1.01% still-investigational antibody treatment, Gilead Sciences Inc.’s /zigman2/quotes/210293917/composite GILD +0.32%  remdesivir, supplemental oxygen at least once, and now dexamethasone, in that order, according to Dr. Sean Conley, Trump’s physician.

For people with mild to moderate forms of the disease, there are no FDA-authorized or approved drugs, though two drug makers including Eli Lilly & Co. /zigman2/quotes/200106384/composite LLY -0.31% and Regeneron recently shared promising results for a pair of still-investigational antibody-based treatments. Neither drug has been authorized or approved by the FDA at this time.

Get news alerts on Regeneron Pharmaceuticals Inc. and Gilead Sciences Inc. — or create your own.