NATO countries, as well as the U.S., have committed to spend more on defense 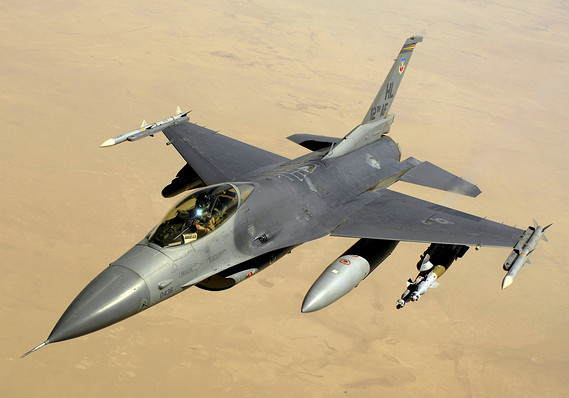 The F-16 Fighting Falcon released by General Dynamics in 1978 for the United States Air Force. Its variants are still in use today.

Last year marked the first time in a long while that 57% of NATO members increased their defense spending, with France committing to boost expenditures 12% by 2019 and Germany by 6%.

Geopolitical developments will increasingly shape the global economy and how investors allocate capital. More specifically, the world may be entering a period when countries steadily increase military spending.

In the U.S., one of President-elect Donald Trump's campaign promises was to increase military spending. Early indications are that active-duty Army personnel could increase by about 13% to 540,000 soldiers; the Navy could expand its fleet by about 25% to 250 ships; and the military could add fighter aircraft.

Initial assessments put the cost of this plan at $80 billion to $90 billion, a range that would increase U.S. military spending to at least $650 billion.

U.S., Canadian and European defense contractors stand to benefit the most in such a scenario.

The president-elect also has talked about the need for NATO members to increase defense spending to 2% of their gross domestic product (GDP). Trump repeatedly has said that U.S. support will be limited, if not nonexistent, to countries that ignore the 2% rule.

Two hurdles stand in the way of all NATO's European members complying with this financial obligation in the future.

Some countries' sizes or locations make their armament obsolete or insignificant; for example, Luxembourg is part of NATO's defensive blanket, with or without its armed forces.

How Europe's largest economies will respond is also important. The U.K. already spends 2% of its GDP on the military. France is almost in compliance with the rule, suggesting that any incremental spending will probably go to domestic companies.

Germany, Italy and Spain have the largest shortfalls. Germany has committed to bumping up its military spending, but political and economic developments in Italy and Spain will dictate defense budgets in those countries. Trump's advisers may be aware of these realities — if they don't, they soon will.

As the Trump administration prepares to take office, trends in military spending over the past eight years resemble what transpired from the mid-1970s to the late 1980s, when the government reduced the defense budget consistently.

President Ronald Reagan's budget called for a 25% increase in defense spending relative to the previous proposal. Reagan's four-year target of $224 billion in military expenditures was so immense that the Department of Defense found itself at a loss as to how to spend the money.

Defense stocks rallied in 1980, but pulled back when reality set in that spending would fall short of Reagan's initial proposal. Although defense budgets during the Reagan era were below the initial plan, the industry still outperformed for much of the decade.

Today, the military-industrial complex has closer ties to the U.S. government than ever before.

The defense industry's financial performance historically exhibits limited correlation to the rest of the economy because demand for its products doesn't depend on the consumer. And because the military-industrial complex remains one of the country's major employers, Congress often struggles to refuse budget increases.

If the new administration lives up to its promises and increases the defense budget during its time in office, current equity valuations in the industry should be sustainable. 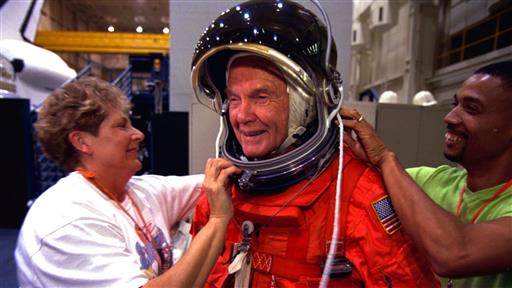 But prospective investors should remember that the new administration's first proposed budget will be for 2018, so the defense industry's financial results won't receive a bump until 2019. And not all companies will benefit to the same degree.

Be patient and focus on bottom-up analysis to maximize your returns. Here are some of our best ideas to play these trends.

The two stocks to own

General Dynamics Corp. (NYS:GD) is our favorite U.S.-based defense stock to own for the longer term because of its exposure to the steadily growing market for private jets.

Although some investors dismiss General Dynamics for this very reason, the Gulfstream business balances the company's revenue. It also doesn't hurt that order flow for jets remains solid and the division has built a healthy backlog.

And defense revenue still accounts for about 60% of the company's total revenue. Given this exposure to a potential ramp-up in military spending and General Dynamics' discounted valuation relative to its peers, the stock should outperform. We also like the company's strong balance sheet and manageable long-term pension liabilities.

General Dynamics has widened its operating profit margins since 2013, a trend that should continue in coming years. The company also boasts the biggest stock-repurchase program in the industry.

With the best and most shareholder-friendly management teams among its peers, General Dynamics rates a “buy” up to $200 a share.

CAE Inc. (NYS:CAE) is one of the world's leading providers of training services and simulation technology for the defense, aviation and health-care markets.

The Quebec-based company's defense and security division continues to grow at a rapid clip and accounts for about 40% of the firm's revenue. This segment operates more than 80 sites in 35 countries, and its military aircraft simulators account for about 22% of the global installed base.

CAE has a solid pipeline of new contract opportunities, including U.S. $4 billion worth of bids in the U.S. and Canada. CAE's market leadership and high-quality products should enable the firm to win a fair number of these contracts. The timing of the awards is uncertain, but the first announcements could be made over the next four to six months.

Not widely recognized or owned, CAE's New York-listed shares rate a “buy” up to $15.