Uber plus Grubhub called ‘a new low in pandemic profiteering,’ and that’s not the only problem 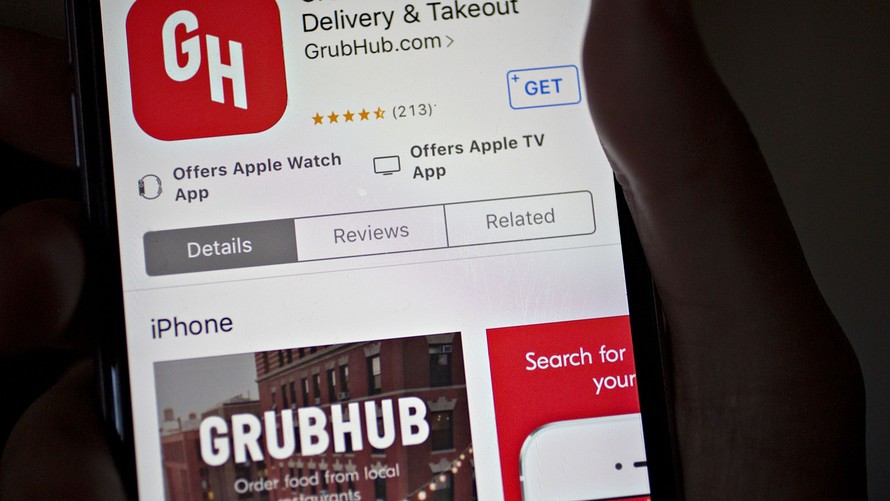 Bloomberg News/Landov
GrubHub Inc. and Uber Technologies Inc. have been discussing a merger, according to Tuesday reports.

Uber Technologies Inc.’s merger talks with Grubhub Inc. were called a “new low in pandemic profiteering” by a member of Congress on Tuesday, and that’s just one issue that could thwart a potential combination of the food-delivery companies.

The Wall Street Journal reported that Uber /zigman2/quotes/211348248/composite UBER +1.53%  was in talks to acquire Grubhub /zigman2/quotes/210404212/composite GRUB -2.74%  in a deal that would trade 2.15 Uber shares for each Grubhub share, fueling a 29% jump in Grubhub’s shares. But the Journal and CNBC reported later that the two companies remain far apart on price, with Uber balking at the exchange rate.

The deal has strong support on Wall Street, with many noting that consolidation in the crowded, low-margin food-delivery space seems inevitable. However, beyond the price argument, Uber and Grubhub could find a lot of resistance from Capitol Hill.

“Uber is a notoriously predatory company that has long denied its drivers a living wage. Its attempt to acquire Grubhub — which has a history of exploiting local restaurants through deceptive tactics and extortionate fees — marks a new low in pandemic profiteering,” Rep. David Cicilline, D-R.I., said in a statement.

Cicilline, who is also the House antitrust subcommittee chairman, asked lawmakers just last week to include language in the next relief package that would ban mergers that do not involve companies that are severely distressed . Neither Uber nor Grubhub, with their cash reserves and hefty market valuations, could be seen as severely distressed.

More from Therese: Uber admits that ride-hailing is worth less because of COVID-19, but investors still think Uber is worth more

In addition to pressure from Congress, such a deal between the two of the top three players in food delivery would be expected to get a review by U.S. antitrust regulators. According to Wedbush Securities, a combination of Uber Eats and Grubhub would represent about 55% market share in the U.S. food-delivery market. Currently, Wedbush estimates Grubhub has 24%, Uber Eats 32%, and Doordash at 35%, with the remaining share held by Postmates, Caviar — which DoorDash acquired from Square Inc. /zigman2/quotes/205989440/composite SQ -4.62%  last year — and other smaller players.

“That would be within the danger zone, it means that the government would generally look at it fairly closely to see what exactly is going on,” said Herbert Hovenkamp, a professor with the University of Pennsylvania Law School and the Wharton School.

He also said that regulators would look at each major city where the companies operate for further market-share data.

“Uber itself is not equally successful in every city, some cities have been harsher on them than others. When you have two companies that operate nationally, you need to look at what’s going on in each geographic area. That’s fairly common in cases like this,” Hovenkamp said.

See also: Luckin Coffee shows how risky Chinese IPOs can be, but investors are just not listening

Indeed, Wedbush analyst Ygal Arounian noted that any acquirer of Grubhub would ultimately be buying market strength in cities like New York City, Boston and Chicago “at a premium, in order to speed up rationalization through market-share dominance.” Raymond James analyst Aaron Kessler said that Uber covets Grubhub’s dominance in New York City, where it has a 62% share.

On top of that, regulators and Congress are keen to the current woes in the restaurant industry, which already gets a bum deal from food-delivery companies, as was seen in a recent Grubhub invoice shared on social media.

The status of Doordash is another thing that could derail an Uber/Grubhub marriage. A couple of analysts have predicted that Grubhub, which has a history of making its own acquisitions, could go after Doordash, which had been set to go public before COVID-19 roiled the market for initial public offerings.

“I think a deal on some level is inevitable,” Wedbush’s Arounian said in an email, adding that he does not think antitrust will be a problem. “But the deal will certainly get political attention. Especially today, when delivery companies’ fees are seen as putting more pressure on restaurants in this environment.”

Whatever happens next, it’s pretty clear that this deal would undergo serious scrutiny on many different levels. The optics, as PR people like to say, are not good for any kind of deal that stinks of “pandemic profiteering.”

Get news alerts on Uber Technologies Inc. and Grubhub Inc. — or create your own.