Morrisons jumps as CEO set to step down 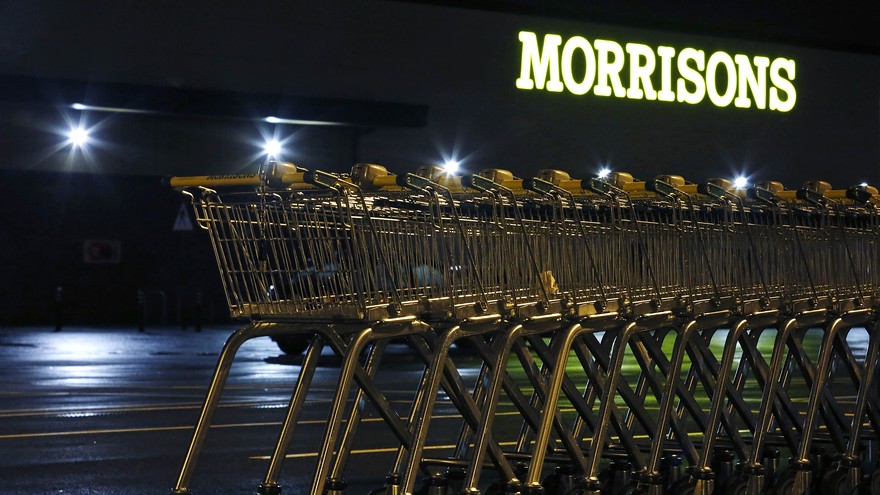 LONDON (MarketWatch) — U.K. retailers put in solid performances in Tuesday’s trade after a raft of updates covering the crucial Christmas period provided a health check on the struggling sector.

Here are the highlights from the sales updates:

“Morrisons has taken a hit from the discounters and is likely to continue suffering in the short-to-medium term as shoppers continue to defect to the likes of Aldi and Lidl and as a result of food deflation,” he said in a note.

Debenhams PLC : Shares slumped 6.2%, after the department store’s trading update. It reported strong Christmas sales, but posted a 0.8% drop in like-for-like sales in the first part of its fiscal year, which was weaker than expected , according to the Financial Times.

J Sainsbury PLC /zigman2/quotes/206038250/delayed UK:SBRY -1.18% : The grocery company enjoyed the overall positive mood for supermarkets and climbed 4.2%, even though it put out its third-quarter trading update last week. In that update, Sainsbury’s reported a narrower-than-expected decline of 1.7% in same-store sales. The period included the important Christmas season. On Tuesday, Sainsbury said it will cut 500 jobs as part of a plan to save 500 million pounds ($754.7 million). Separately, research firm Kantar said Sainsbury has leapfrogged over Asda to become Britain’s second-largest grocer, a position it lost in 2003.