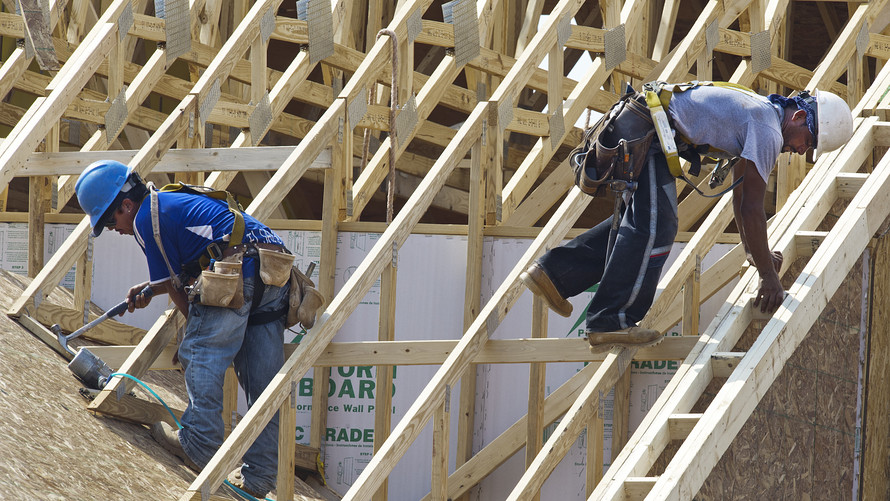 Getty Images
Construction data are in focus on Tuesday

Economic news: Traders got an unpleasant surprise from the IHS/Markit construction purchasing managers index that showed the sector unexpectedly contracted in September. The index came in at 48.1 from 51.1 in August, missing forecasts of a 50.9 reading.

It’s the first time in 13 months that the index has fallen below the crucial 50 threshold that separates contraction from growth, according to IHS/Markit.

Analysts said the data indicate the economy is slowing and could scuttle the Bank of England’s plans to raise interest rates later this year.

“The slowdown in growth comes at a particularly difficult time for BOE, which is grappling with higher-than-target inflation and the uncertainty of Brexit,” said Boris Schlossberg, managing director of FX strategy at BK Asset Management, in a note.

“If [the] U.K. economy does begin to show serious signs of a slowdown, the BOE will be hard pressed to raise the rate in such an environment putting further downside pressure on cable,” he added.

A weaker pound can boost the FTSE 100, as many of the index’s multinational companies generate most of their sales in other currencies.

Besides the weak PMI reading, the British currency also was hurt Tuesday by “a negative Brexit tone,” said Joshua Mahony, a market analyst at IG, in a note. European Union lawmakers “voted overwhelmingly against the commencement of trade talks with the U.K.,” he said. They backed a resolution saying too little progress had been made in talks about Britain’s exit from the EU to allow discussions to begin on a future trade deal with the U.K.

Stock movers: Shares of Ferguson PLC /zigman2/quotes/209006722/delayed UK:FERG -1.05%  posted the biggest gain on Tuesday, rising 4%. The distributor of plumbing and heating products, formerly known as Wolseley, said it is initiating a £500 million share-buyback program, after profit jumped in the fiscal year to July 31.

Airline stocks were also higher, adding to gains logged Monday . Those came as the collapse of discount carrier Monarch Airlines was seen as easing competition for rivals and taking pressure off price wars in the sector.

Services data ahead: Attention now turns to the services PMI out on Wednesday.

“With services comprising nearly 80% of U.K. economic activity the market will watch for any large deviation from expectation. The forecast for services PMI is 53.3 and any sharp decline toward 50 is sure to stoke worries that U.K. economy may be on the verge of tipping into a contraction,” BK Asset Management’s Schlossberg said.