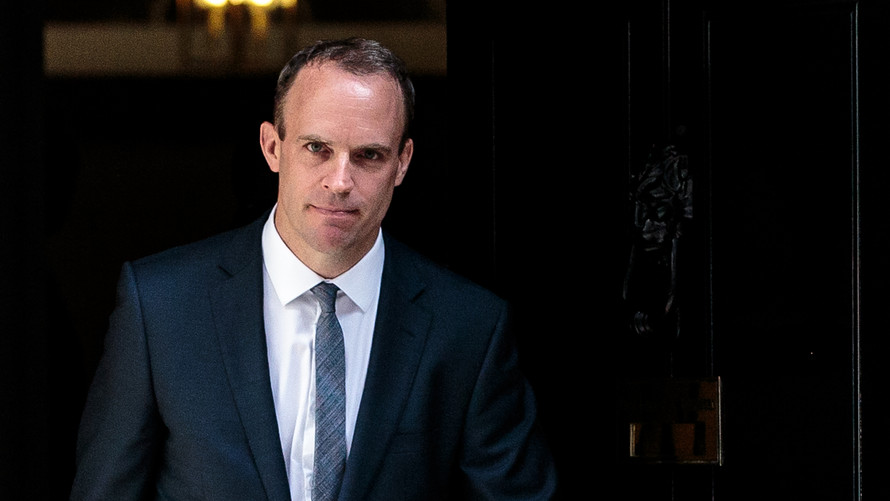 Amid growing tensions with Beijing, Foreign Secretary Dominic Raab told the House of Commons that he had concerns about the new law in Hong Kong and alleged human rights abuses in China, particularly the treatment of the Uighur minority. He described the measures announced Monday as “reasonable and proportionate.”

“We will protect our vital interests,” Raab said. “We will stand up for our values and we will hold China to its international obligations.”

Britain followed the United States, Australia and Canada in suspending extradition agreements with Hong Kong, which became a special administrative region of China after the U.K. returned control of the territory to Beijing in 1997.

Events in Hong Kong are particularly sensitive for the British government because China agreed to a “one country, two systems” policy that was supposed to protect the economic and social traditions of the territory for 50 years after the handover.

Britain and other Western nations believe the security law imposed by Beijing threatens that agreement because it restricts free speech and erodes the judicial independence of Hong Kong. The law makes crimes such as promoting secession punishable by a maximum sentence of life in prison and allows some cases to be tried on the mainland.

This means people extradited to Hong Kong could end up being tried in mainland courts, Raab said.

The U.K. previously accused the Beijing government of a serious breach of the Sino-British Joint Declaration under which Hong Kong was returned to China and announced it would open a special route to citizenship for up to 3 million eligible residents of the territory.

The ban on arms sales extends an embargo that has been in place for mainland China since 1989. It means the government will not allow British companies to export potentially lethal weapons, their components or ammunition, as well as equipment that might be used for internal repression such as shackles, firearms and smoke grenades.

The U.S. has lobbied its allies to shun Huawei because it says the Chinese government could use the company’s technology to spy on Western nations. Huawei denies the allegations.

Beijing objected to the new measures even before they were formally announced by Raab.

China’s ambassador to Britain, Liu Xiaoming, on Sunday told the BBC that Britain was “dancing to the tune” of the U.S. and rejected the allegations of human rights abuses against the mainly-Muslim Uighur people.

He accused Western countries of trying to foment trouble with China.

Following Raab’s announcement, the Chinese Embassy in London said Britain had “blatantly interfered in China’s internal affairs” to disrupt the implementation of the new law and vowed China would fight back.

“The UK will bear the consequences if it insists on going down the wrong road,” the statement said.