U.S.-China cold war over technology has this investing pro buying up defense stocks 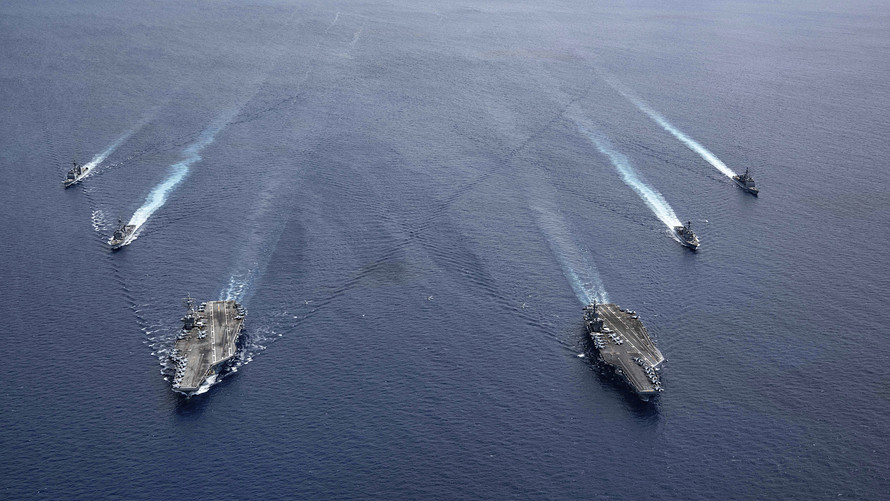 The U.S. underestimated China for a long time, but no more. Now it’s war — a technology cold war, to be specific.

The U.S. has put restrictions on U.S. companies providing chips and chip-making equipment to Chinese tech companies. This action alone is like shutting off the oxygen to the Chinese tech economy, and thus the Chinese economy as a whole. China will not sit by idly. It will retaliate. In the meantime, this was another reminder to China that it cannot rely on the continuity of American technology, so it is going to be spending as much as it needs to become self-sufficient in semiconductors and software.

In 2014 China allocated $200 billion to achieve parity with the U.S. in semiconductors. I used to think it would be impossible for China to catch up in semiconductors, no matter how much money it had to lose, because it doesn’t have the know-how that the global leaders (Samsung, Intel, Nvidia, Qualcomm, Micron) have accumulated over the decades of research. I am no longer sure that is true, especially after the U.S. cut off the supply of chips to Huawei — one of China’s most important technology companies.

Today China looks at the chip issue as an existential threat; and so it will do whatever it must to survive. China will steal intellectual property from other chip companies to catch up. Here is one example. Chinese engineers were  found guilty  of stealing secrets from Micron. This is not good news for American tech companies that are accustomed to exporting to China.

Just as the Cold War of the 20th century had two gravitational poles, with satellite countries revolving around each pole, we’ll likely see U.S./Western Europe/Japan and China gravitational technological poles. The U.K. has already followed the U.S. and  banned  Huawei equipment from its communications network.

This is not the behavior of friends. We are on a trajectory that if left unchanged could lead to greater conflict.

Then there is the TikTok fiasco, which is still unraveling. The U.S. government fears TikTok’s unchecked presence in the U.S., the data it may collect about U.S. consumers, and what it will do with it. This is understandable. Yet the way the U.S. has dealt with the issue will be perceived as unconscionable by both China and, more importantly, the rest of the world.

The U.S. government gave an ultimatum to TikTok get out of the country or be sold to a U.S.-based company. Then President Donald Trump demanded that whoever buys TikTok must pay the U.S. government “ key money ” (a commission).

This is extortion. Mobsters do this, not the U.S. government. Actually, other countries, including China, do this too. Apparently, it is done in commercial real estate, as well. But the U.S. is supposed to be a shining beacon of democracy. The U.S. should be doing the opposite; we should make sure that this sale process is fair and above board.

The U.S. government’s treatment of TikTok only escalated the U.S.-China conflict. So you can be less outraged when China does something similar to a U.S. company (Apple or Qualcomm). Being a global technology company and doing business in China will come with a new set of risks.

It is difficult at the moment to see U.S.-China relations improving. U.S. and Chinese interests are becoming less aligned, and I’m not sure if the occupant of the White House will really make a difference at this point. Yet the fact is that China and the U.S. are still deeply integrated. The two are like a couple stuck in a bitter marriage, waiting for the children to leave the house before divorcing.

But the divorce will come, and both sides are preparing for it. The U.S. and China will have to gain more economic independence from each other. For example, while China is beefing up its semiconductor industry, the U.S. is figuring out how to bring factories back home.

Defense stocks are a good offense

This brings us to defense-industry companies — the lawyers in the U.S.-China divorce. They will be the primary beneficiary of any split, and the greater the tension, the more money they make.

The U.S. and Europe are likely going to continue to boost defense spending, preparing not for the war tomorrow but decades from now. Moreover, European nations will likely feel that they need to be more self-reliant on defending themselves.

My firm has created a basket of U.S. and European defense stocks. On a valuation basis, these companies are so cheap that we should make money with them even if the China–U.S. relationship normalizes. If tensions escalate, they’ll skyrocket. We are not hoping for that scenario, of course, but we are prepared for it.

Defense companies needed to adjust and they did. Their contracts with governments are usually structured as percentage of completion. To put it simply, they finish 20% of a submarine and the government sends them a check for 20% of the agreed price. These milestones got pushed by the coronavirus a few quarters into the future. So the defense companies will incur some extra short-term costs but their long-term fundamentals are not impacted by the virus. Also, the virus does not make their business path-dependent — they are still profitable and cash flow-generative businesses that can honor all of their obligations from their cash flows.

Defense companies have another thing in common – they are terrific businesses.  They are either monopolies or operate in a cozy competitive (oligopolistic) environment.  For instance, in the U.S., Huntington Ingalls Industries (NYS:HII)  and General Dynamics (NYS:GD)  make submarines, with each taking a 50% market share.  Barriers to entry and switching costs are enormous and further complicated by security clearance required for employees, which are extremely difficult to obtain.

The market today is going bananas for subscription as a service businesses; defense companies truly are subscription as a service businesses. They are building, servicing and upgrading aircraft careers, ships, submarines and planes, and training armed forces for a customer whose check will never bounce. In addition, long-term contracts ensure that revenues will flow. These businesses have a good return on capital, stable margins and usually conservative balance sheets. And all because they got inconvenienced by the virus, these stocks can be had at bargain basement prices.

How does one invest in this overvalued market? Our strategy is spelled out in this fairly lengthy article.

Read: U.S. faces a potential ‘secession crisis’ at home and ‘open conflict’ with China in the coming decade, says author who predicted 2020 unrest

More: Why this frustrated value stock pro sees shades of 1999 in the market now — and bargains in the future