Jobless claims climb by another 2.6 million amid coronavirus shutdowns 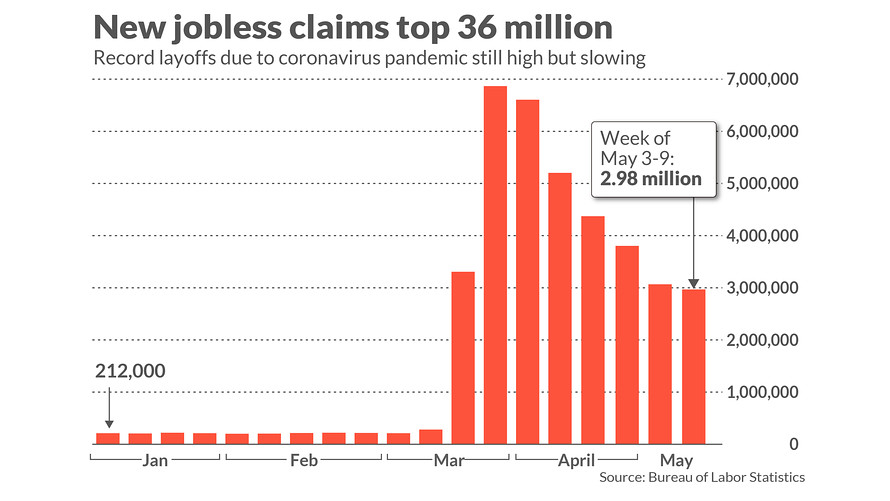 The numbers: Some 2.6 million people applied for unemployment compensation last week after losing their jobs during the coronavirus crisis, but a historic wave of layoffs is likely to continue to subside as states take the first halting steps toward reopening their economies.

Initial jobless claims increased by just over 2.6 million in the week of May 3 to May 9, taking into account an error in the number of applications attributed to Connecticut. The Labor Department originally reported that new claims totaled close to 3 million.

The number of people seeking benefits has topped at least 2 million a week for eight weeks in a row.

As many as 39 million people have applied for jobless benefits since the pandemic struck two months ago, including self-employed workers and independent contractors made eligible for the very first time under a federal relief program. 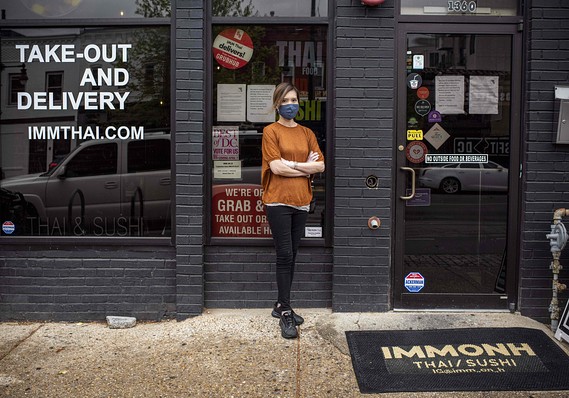 Getty Images
Small businesses like this Thai restaurant in Washington, D.C., are trying to reconfigure their businesses during the pandemic and avoid layoffs, but most companies have had to slim down, and tens of millions of Americans have lost their jobs during the crisis.

Some 33.6 million have applied under existing state unemployment laws, while at least 5 million have filed claims under the federal government’s Pandemic Unemployment Assistance Program. These figures are unadjusted, reflecting the actual number of claims processed.

Not all of these employees are still out of work. Some have been called back to their jobs in industries deemed essential. Others have returned to their jobs as many states reopen parts of their economies, particularly in less populated areas where the coronavirus is mostly absent.

Yet the unemployment rate has likely reached 20% unofficially, government data suggest, and it’s likely to rise again in May.

Read: The record number of people applying for jobless benefits is even worse than it looks

What happened: The mind-numbing torrent of weekly layoffs has tapered off from a pandemic peak of 6.9 million at the end of March, but the economy cannot afford to keep losing several million jobs a week. Many states are trying to reignite their economies, but so far it’s been slow going.

The Labor Department had reported that new claims in Connecticut soared to 298,700, but the state later issued a statement saying the true number was a much smaller 29,800.

Lots of states are still underreporting new unemployment claims, however, because of antiquated computer systems and small staffs that have been unable to handle the crush of applications. It may be some weeks before they are caught up.

As of May 2, roughly two-thirds of all the people who’d filed new claims during the pandemic were receiving benefits, though exact numbers are hard to come by given disparities in how the states and the federal government report the data. Continuing claims are reported with a one-week lag.