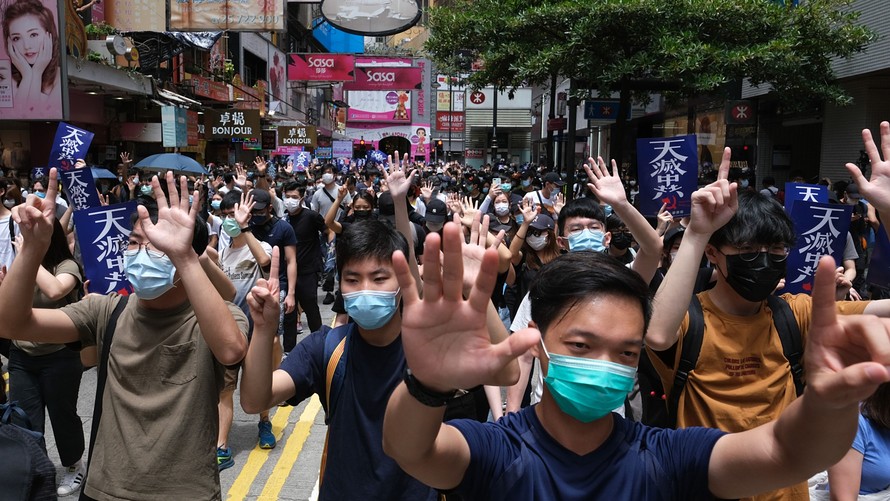 White House national security adviser Robert O’Brien said Sunday that the U.S. will likely sanction China if it approves a bill reining in Hong Kong’s autonomy, adding that the law could erase the city’s standing as a global financial hub.

“It looks like, with this national security law, they’re going to basically take over Hong Kong and if they do ... Secretary (of State Mike) Pompeo will likely be unable to certify that Hong Kong maintains a high degree of autonomy and if that happens there will be sanctions that will be imposed on Hong Kong and China,” he said.

O’Brien also said a move by China to take further control over Hong Kong could send its financial community fleeing.

Thanks to its special status, light regulations and location, Hong Kong is the world’s third-largest financial center, behind London and New York.

O’Brien predicted a “brain drain” of Hong Kong residents would result if the bill passes. “They’re not going to stay in Hong Kong to be dominated by the People’s Republic of China and the Communist Party.”

The bill surfaced last week at China’s ceremonial National People’s Congress, which would allow China to override Hong Kong’s local government, allowing it to quell demonstrations and rein in free speech. The bill is scheduled to be voted on by May 28.

Thousands of pro-democracy demonstrators filled the streets of Hong Kong on Sunday, resulting in dozens of arrests as police met the protests with tear gas and a water cannon.