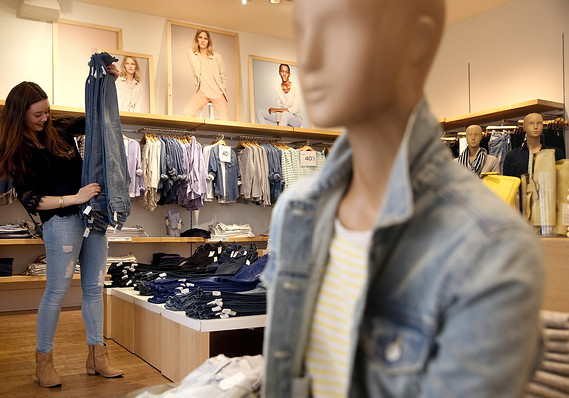 Getty Images
The weather was quite warm in February. U.S. retail sales, not so much.

Sales at retailers nationwide rose a scant 0.1% in February, slowing sharply after big gains in the prior two months, the government reported Wednesday . The increase matched the estimate of economists polled by MarketWatch.

Yet even after the setback in February, retailers have gotten off to a good start this year, helped by a steadily growing U.S. economy and the most confidence among consumers in more than a decade. Sales were 3.7% higher in the first two months of 2017 vs. the same period a year ago.

What’s more, sales are almost certain to improve in March once the government catches up on the release of 2016 tax refunds. Payments have been sent out more slowly in 2017 than in years past.

U.S. stock futures pointed to a higher opening for the Dow Jones Industrial Average /zigman2/quotes/210598065/realtime DJIA +0.66% on Wednesday once the market begins trading. There also were reports on inflation and New York-area manufacturing.

The results in February were held down in part by a 0.2% drop in sales at auto dealers. Auto purchases account for about one-fifth of all retail spending.

Stronger sales in those segments, however, were offset by declines at department stores and outlets that sell electronics, appliances, clothing and sporting goods.

In January, retail sales were revised up to 0.6% from 0.4%. The 1% increase in December was left unchanged.