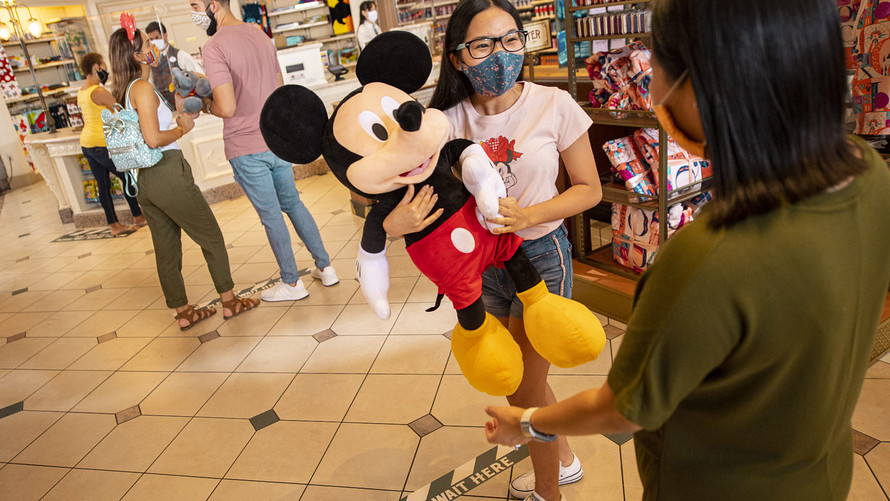 Getty Images
The reopening of businesses across the country has led to a rebound in retail sales, but a fresh outbreak of coronavirus cases threatens to derail the momentum.

The numbers: Sales at U.S. retailers posted a big increase in June for the second month in a row, but a surge in coronavirus cases that’s led to more restrictions on business threatens to sap the momentum of the economic recovery.

Retail sales climbed 7.5% last month following a record 18.2% increase in May, the government said Thursday . Economists polled by MarketWatch had forecast a 5.4% increase. 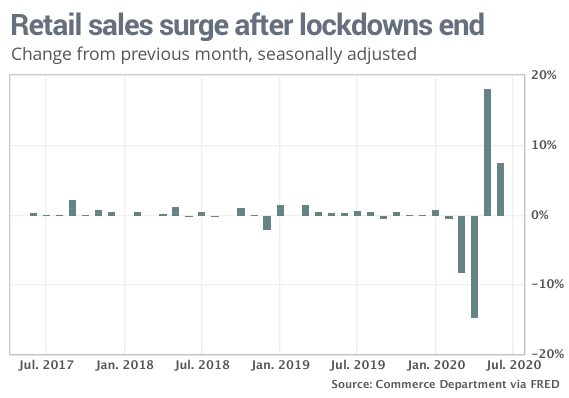 Sales still haven’t returned to pre-crisis trends, however, after a huge drop in the first two months of the pandemic. The recent upturn could also stall if the virus continues to rage and more states reimpose restrictions on retailers and other businesses that rely on customers visiting their stores. 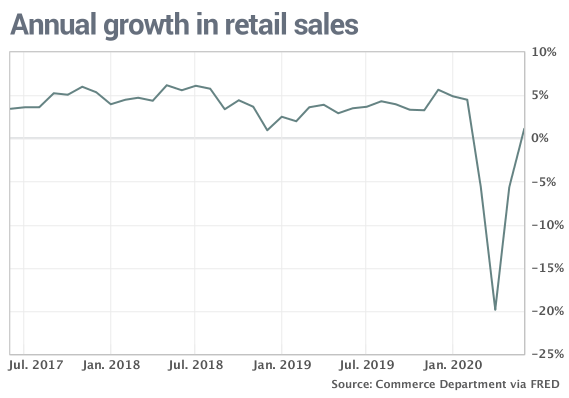 What happened: Sales jumped 8.2% at auto dealers, which have gotten a big boost from plunging interest rates. Car buyers with secure jobs and good incomes have been snapping up new vehicles to take advantage of low rates.

Read:Soaring demand for federal jobless benefits points to fresh fissures in the economy

Sales also increased 15.3% at gas stations largely because of a steady increase in the price of oil after it fell to an 18-year low earlier in the year. Most Americans are driving far less, however, and the cost of gas isn’t as big a drain on household finances as it usually is.

If autos and gasoline are stripped out, retail sales still rose a robust 6.7% last month.

Sales increased at most retailers, including bars, restaurants and stores that sell clothes, home furnishings and electronics.

Sales more than doubled at apparel stores and they leaped 20% at food and drinking establishments, one of the sectors hit hardest by the pandemic.

Read: Jobless claims fall only slightly as some states move to reclose businesses

Yet the latest viral outbreaks are putting renewed pressure on them, especially bars. Sales are still 26% lower compared to a year ago and an increasing number of bars and restaurants are closing for good.

Sales fell slightly at home centers, grocers and Internet retailers, all three of which have been standout performers during the pandemic.

Sales at Internet retailers dipped 2.4% in June, though they are up nearly 24% from a year earlier. There’s been a surge in online shopping with so many people staying at home out of fear of catching the virus.

By and large, stores with a strong online presence or technological advantage have outperformed less tech-savvy companies or those that rely heavily on store traffic.

Big picture: The swift rebound in retail sales in May and June was largely due to the release of pentup demand as businesses reopened and a massive infusion of government aid to workers and companies.

Sales are unlikely to maintain the torrid pace of growth though with so many people still out of work, Congress is expected to scale back the level of aid and the latest viral outbreak is forcing many states to halt the next phase of their reopening plans. That could pose another major hurdle for a U.S. economy in its effort to come back from the steepest, if shortest, recession in American history.

What they are saying? “Retail sales may have had a strong showing for June, but that’s old news given how quickly the coronavirus resurgence is beating up the economy,” said Robert Frick, corporate economist at Navy Federal Credit Union.