X
Tweet
Share this bulletin
Get news bulletins by email
Bulletin U.S. pending home sales were much stronger than forecast in December »

Vaccine program must speed up to avoid reaching 640,000 deaths by spring, equal to lives lost in the 1918 flu pandemic 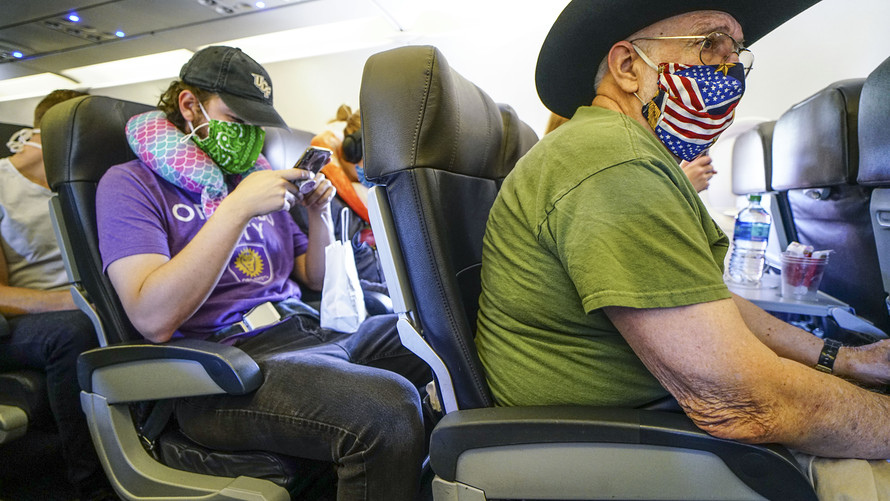 The U.S. set another grim milestone in the coronavirus pandemic on Tuesday, when more than 4,400 COVID-19 patients died, the most in a single day since the start of the outbreak, and experts said that with cases continuing to accelerate, the worst is still to come.

Experts are concerned that new variants of the virus that have been detected in the U.K., South Africa and Brazil, are contributing to the surge, as they are estimated to be up to 70% more infectious than the original virus. While scientists say much more needs to be learned about the new variants, it may mean that certain activities, like taking a flight, may be riskier now than they were even weeks ago, the New York Times reported.

“We’ve squandered every opportunity to contain this virus. This current administration left us with only a single arrow, and this time we cannot fail. It has to be our national priority.”

“This uncertainty in understanding the variant’s exact mechanisms means that we don’t know if our existing tools—masks, distancing, and disinfecting—are as effective as they were compared with an identical scenario with the regular variant,” Zeynep Tufecki, associated professor at the University of North Carolina, wrote in The Atlantic.

Dr. Peter Hotez, dean of the National School of Tropical Medicine and professor of pediatrics and molecular virology and microbiology at Baylor College of Medicine, said the key issue now is to speed up the pace of vaccination, which has so far lagged all targets. Hotez warned failure to do so would mean that by mid to late spring, the number of U.S. deaths could reach 640,000 and match those lives lost in the 1918 influenza pandemic.

The Centers for Disease Control and Prevention’s vaccine tracker is showing just 9 million Americans have been vaccinated so far, far below the goal of 20 million by end-December. About 27.7 million doses have been distributed. The tracker, which has not updated regularly since it was first launched, has carried the wrong date of Dec. 20 since Tuesday.

”We have no other choice,” Hotez wrote in a Twitter thread. “We’ve squandered every opportunity to contain this virus. This current administration left us with only a single arrow, and this time we cannot fail. It has to be our national priority.”

Trump has failed to create a national plan for the vaccine program and has left it to states to administer, meaning that stressed state health departments, which have already had to deal with testing, contact tracing, public information campaigns and deciding when or whether schools or businesses should be open or closed, are now tasked with handling the biggest public health effort in decades.

Tom Frieden, former head of the CDC, urged Americans not to become inured to the numbers.

• U.S. and European pharmaceutical industry organizations on Wednesday urged governments not to extend the delays prescribed by COVID-19 vaccine developers between the first and second shot, as the U.K. has begun to do to deal with current bottlenecks or shortages, MarketWatch’s Pierre Briançon reported. Governments and national health authorities should “stick to the dosing that has been assessed in clinical trials,” said the European Federation of Pharmaceuticals Manufacturers and Associations, the U.S. Biotechnology Industry Organization, and the Pharmaceuticals Research and Manufacturers of America, in a joint release. Any change in dosing or schedule “should follow the science and be based on transparent deliberation of available data,” they added.

• Indonesia is taking a different approach to vaccination than other countries, and plans to give priority to working-age adults over older members of society when its vaccine program starts on Wednesday, MarketWatch’s Callum Keown reported. The Southeast Asian country’s food and drug authority BPOM authorized the emergency use of Beijing-based Sinovac’s vaccine on Monday, and 3 million doses have been distributed to health centers across the country. Health minister Budi Gunadi Sadikin has previously said the country needs to vaccinate 181.5 million people, 67% of the population, to reach herd immunity. The government has said 1.3 million front-line health workers will be given priority and then regional governors — again to boost public confidence — followed by the wider population. Initially targeting 18-59 year-olds is a markedly different strategy to that of the U.S., the U.K. and much of Europe, where the most at risk are at the front of the queue.