U.S. suffers its worst week of cases, deaths and hospitalizations since the start of the pandemic

CDC head warns U.S. will see more deaths every day for next few months than died on Sept. 11, 2001, or in the attack on Pearl Harbor 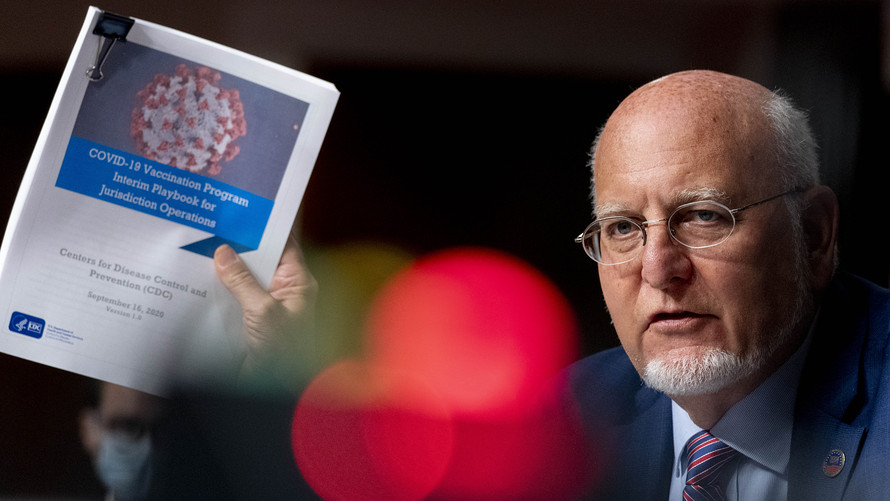 • FDA advisory committee votes in favor of authorizing Pfizer–BioNTech vaccine candidate, and FDA says it will do so

• U.S. suffers worst week for cases, deaths and hospitalizations since start of the pandemic

• Germany may be headed for a national lockdown

The U.S. suffered its worst week for cases, deaths and hospitalizations with the coronavirus illness COVID-19, as the Food and Drug Administration said it would grant emergency-use authorization to the vaccine developed by Pfizer Inc. and Germany partner BioNTech SE.

The announcement comes a day after a federal advisory committee made up of independent medical experts voted 17-4-1 that the benefits of the Pfizer–BioNTech vaccine outweigh the risks. The FDA is not required to follow the recommendation of the committee but often does.

The FDA said it has been in touch with the Centers for Disease Control and Prevention and “Operation Warp Speed,” the program set up to expedite development of therapeutics and vaccines during the pandemic (Pfizer–BioNTech vaccine development took place outside that program), “so they can execute their plans for timely vaccine distribution.” Once the vaccine is authorized, it will be the first COVID-19 vaccine to be made available to Americans outside of clinical trials.

FDA head Dr. Stephen Hahn said the regulator is now finalizing the documents needed to ensure that patients and providers have the information they need to safely administer the vaccine. “This is a critical part of what the agency does to promote and protect the public health,” he said.

The same vaccine has already received emergency authorizations from the governments of the U.K., Canada and Bahrain, and the U.K. has launched a vaccine-distribution program. The FDA’s advisory committee will meet again on Dec. 17 to review a second vaccine candidate developed by biotech company Moderna Inc. (NAS:MRNA) .

The number of COVID-19 patients in hospitals climbed to a record of 107,248, according to the COVID Tracking Project, breaking a one-day-old record. Hospitalizations held below 60,000 during the spring pandemic peak.

“By nearly all measures it has been a horrible week, a horrible month (nine days in), and a horrible year,” stated the COVID Tracking Project’s weekly coronavirus update. “The United States set pandemic records in all three metrics that measure the pandemic’s severity this week, recording a total of 1.4 million new cases and 15,966 deaths.”

Worse news is that the worst is still to come: “Given the rapid increase in the number of new cases, we expect the metrics for hospitalizations and deaths to continue to rise in the coming weeks — especially if in-person gatherings over Thanksgiving led to increased spread of the novel coronavirus, as public health experts warned,” said the update.

Read now: Children probably won’t get a COVID-19 vaccine before the next school year — here’s why

Dr. Robert Redfield, head of the Centers for Disease Control and Prevention, said Thursday that the U.S. will suffer more deaths every day for the next two to three months than died in the attacks on Sept. 11, 2001, or at Pearl Harbor. The U.S. leads the world by case numbers at 15.6 million, and deaths at 292,190, according to data aggregated by Johns Hopkins University. With 4% of the world’s population, the U.S. accounts for about 20% of both cases and fatalities.

Redfield appeared exhausted and even downcast as he detailed the latest virus metrics.

• Sanofi (PAR:FR:SAN)   (NAS:SNY)  and GlaxoSmithKline (NYS:GSK) (LON:UK:GSK) , French and British drug companies, respectively, will delay the launch of their joint COVID-19 vaccine until the end of 2021, after the first trials showed an insufficient response in older patients, MarketWatch’s Pierre Briançon reported. Their chief executives said in a joint release that they were “disappointed” at the result but insisted they were “confident and committed” that they would be able to submit it to regulators in the second half of 2021. The European Union had ordered 300 million doses of the vaccine (about a fifth of the total orders it has signed for vaccine candidates in development) and the U.K. has ordered 60 million.

• CSL (ASX:AU:CSL) , the Australian biotech company, said the vaccine it is developing with the University of Queensland would not move to Phase 2 trials as planned because some participants in the initial stage were shown as HIV-positive even though they were not infected with the virus causing AIDS.

• U.K. drug company AstraZeneca (NAS:AZN)   (LON:UK:AZN)  will investigate whether the vaccine it is currently developing with the University of Oxford could possibly be combined with Russia’s Sputnik V vaccine to boost its efficacy, the BBC reported. The companies will hold trials in Russia involving people over 18 years of age. AstraZeneca has said it is open to exploring combinations of vaccines to see whether mixing them provokes a stronger immune response. The Russian vaccine has been controversial as it was registered before a Phase 3 trial had been completed. Russia suffered a record 613 deaths from coronavirus on Friday, according to the Moscow Times.

• Germany is heading for a national lockdown to combat the spread of the virus and avoid overwhelming hospitals, the Guardian reported. Markus Söder, minister-president of the southern state of Bavaria, where cases have risen sharply in the past few days, said, “We have to act as soon as possible.” He said that every day counted, tweeting: “Why hesitate, when we know that it’s necessary? Which is why we need to push everything forward and act decisively. We need to wind everything down before Christmas.” Germany has had 1.3 million confirmed cases of COVID-19, and at least 21,064 people have died, the Johns Hopkins data show. 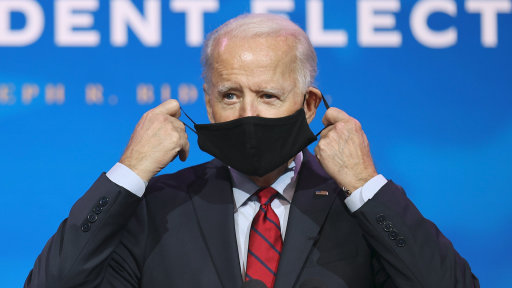 The number of confirmed cases of COVID-19 worldwide climbed above 69.6 million on Friday, the Johns Hopkins data show, and the death toll is now 1.58 million. About 45 million people have recovered from COVID-19.

Read also: Leading epidemiologist on why the virus has spread in a ‘surprisingly enduring’ way in Italy, and how Germany managed lower deaths

China, where the virus was first discovered late last year, has had 94,025 confirmed cases and 4,748 deaths, according to its official numbers.

U.S. wholesale prices rose in November by the smallest amount in seven months, underscoring the lack of inflationary pressure in an economy still struggling to emerge from the ravages of the pandemic, MarketWatch’s Jeffry Bartash reported.

The producer-price index climbed 0.1% last month, the government said Friday, matching the MarketWatch forecast. It’s risen seven months in a row since the economy reopened in May, but only at a very slow pace.

The rate of wholesale inflation in the past 12 months, for instance, was just 0.8% in November, up from 0.5% in the prior month. The index was growing at a yearly pace of 2% in January shortly before the coronavirus epidemic broke out.

• AMC Entertainment Holdings Inc. (NYS:AMC) has secured a commitment for $100 million of new first lien debt financing from Mudrick Capital Management LP, in its latest effort to bolster its liquidity. The world’s biggest cinema operator has repeatedly tapped capital markets this year as cinemas closed or operated at limited capacity. Mudrick Capital, which owns second lien notes issued by AMC, has also agreed to convert $100 million of existing AMC debt into common shares. AMC will issue 21.9 million shares as part of the deal.

• Lululemon Athletica Inc. (NAS:LULU) reported profit and sales above Wall Street expectations, with online sales accounting for more than 40% of its total revenue for the quarter and offsetting store closures due to the pandemic. Revenue rose 22% to $1.1 billion, with direct-to-consumer revenue representing 43% of total sales, compared with a 27% share in the third quarter of fiscal 2019. Same-store sales increased 19%, the retailer said.

• Pfizer Inc. (NYS:PFE) , fresh from its vaccine success, has raised its quarterly cash dividend to 39 cents a share from 38 cents in the year-earlier period. The new dividend will be payable March 5 to shareholders of record as of Jan. 29. The company said the transaction to combine its generics business Upjohn and Mylan to form Viatris Inc. closed on Nov. 16. “It is expected that Viatris will begin paying a quarterly dividend in the second quarter of 2021, at which time Pfizer’s quarterly dividend will be reduced such that the combined dividend dollar amount received by Pfizer shareholders, based upon the combination of continued Pfizer ownership and approximately 0.124079 shares of Viatris which were granted for each Pfizer share in the spinoff, will equate to Pfizer’s dividend amount in effect immediately prior to the initiation of the Viatris dividend,” the company said in a statement.

• The Walt Disney Co. (NYS:DIS)  said a slate of big-budget movies — including “Raya and the Last Dragon” on March 5 — will open on its burgeoning streaming service and in theaters as part of a direct-to-consumer push. In coming years, Disney+ will be home to a firehose of 10 new Marvel series, 10 new “Star Wars” series, 15 animated and live-action Pixar and Disney series, and 15 Disney-Pixar films that will be newly branded as Disney+ Original. Disney’s streaming service now has 86.8 million subscribers, boosted by people spending more time at home during the pandemic, which has devastated many other parts of its business, including theme parks and film and TV production.