Vanguard is optimistic about blockchain, but not bitcoin 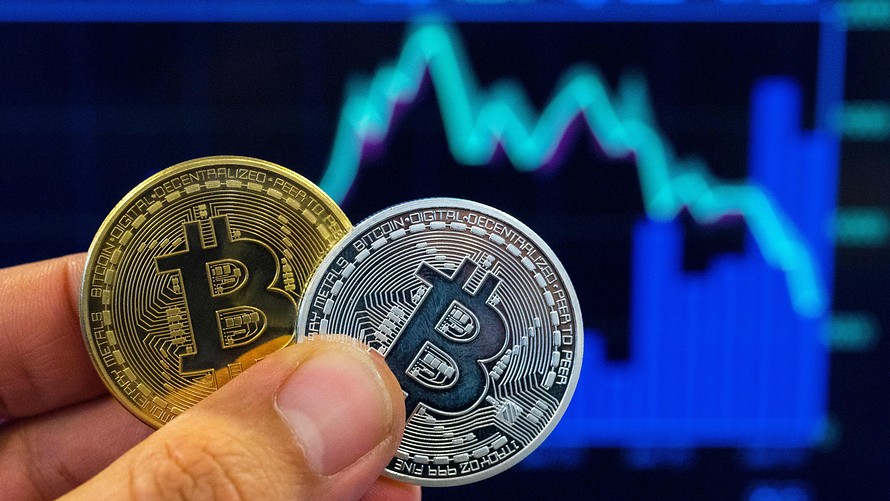 Add Vanguard to the growing list of major Wall Street institutions that are skeptical of bitcoin.

Joe Davis, Vanguard’s global chief economist and the head of its investment strategy group, weighed in on the world’s largest digital currency, expressing enthusiasm about bitcoin’s underlying technology but extreme bearishness about the cryptocurrency itself.

“I see a decent probability that its price goes to zero,” he wrote in a blog post . While bitcoin /zigman2/quotes/31322028/realtime BTCUSD -0.24%  has largely trended higher over the past 12 months, recent trading in the notoriously volatile security has been decidedly lower. Bitcoin last traded at $8,208.83, down 0.3% on the day. The digital currency was trading under $1,000 a year ago, but it has sharply declined from a peak near $20,000 hit in December. The gains have led to a surge in interest in bitcoin and other digital currencies; Davis wrote that he’s been asked about bitcoin more than any other topic over the past few months.

Check bitcoin and cryptocurrency prices, performance and market capitalization, in one dashboard

Davis gave a mixed verdict on whether bitcoin or other cryptocurrencies should even qualify as currencies, noting that while they can act as a unit of account, they functioned poorly as stores of value.

Bitcoin’s “price volatility undermines its adoption, as fewer vendors will accept a currency whose value can fluctuate so dramatically,” he wrote, adding that he would only give “a qualified yes” on whether bitcoin could act as a medium of exchange. He noted that while some vendors accepted cryptocurrencies as payment, only a few did, “and recent volatility will only discourage increased adoption.”

The comments echoed a recent report by Morgan Stanley, which argued that bitcoin was a long way from replacing Visa /zigman2/quotes/203660239/composite V -2.49%  or Mastercard /zigman2/quotes/207581792/composite MA -2.80%  as a payment system. The investment bank noted that credit cards were far more widely accepted than cryptos, and that the networks they use could process thousands of transactions a second. Currently, bitcoin takes several minutes to clear and settle a single transaction, and the fees are higher.

“Even if cryptocurrencies qualify for niche purposes [as currencies], their prospects seem dubious,” Davis wrote. “The greatest threat is central banks, which have begun to research blockchain-based currencies and impose regulations on exchanges.”

Don’t miss: The big bitcoin question: What is it good for, and where?

Vanguard’s economist also dismissed the value of cryptocurrencies as an investment, calling this use case “weak.”

“Unlike stocks and bonds, currencies generate no cash flows such as interest payments or dividends that can explain their prices,” he wrote, adding that while national currencies derive their prices based on the economic activity of their underlying country or region, crypto prices “are generally not based on economic fundamentals.”

“To date, their prices have depended more on speculation about their eventual adoption and use. The speculation creates volatility that, ironically, undermines their value as a currency. With no cash flows and extreme volatility, the investment case for bitcoin is hardly compelling.”

Counterpoint: Winklevoss: If you can’t see bitcoin at $320,000, you just lack imagination

Read more: Bitcoin is acting unusually like the stock market

Like other analysts, Davis distinguished between bitcoin and blockchain, the decentralized ledger technology that cryptocurrencies run on. Many bitcoin skeptics see great potential in blockchain, even while they remain bearish on cryptos themselves.

In October, UBS wrote that blockchain “is likely to have a significant impact in industries ranging from finance to manufacturing, health care, and utilities,” and said it was “akin to investing in the internet in the mid-nineties.” The investment bank speculated that blockchain could add as much as $300 to $400 billion of annual economic value globally by 2027. Separately, HSBC called blockchain—along with the parallel trend of “cashlessness”—one of its biggest themes for 2018.

Read: Why a dot-com-style collapse in bitcoin won’t kill blockchain

Blockchain has already started to be adopted by a variety of industries and companies, including Vanguard, which said it would use the technology to share data between index providers and market participants, believing this could result in its index funds more efficiently and accurately tracking their benchmarks.

“Although cryptocurrencies are built using a blockchain, they are not necessarily tied to the value of blockchain applications that may improve the cost, speed, and security of executing transactions or contracts,” Davis wrote. “Bitcoin is an investment in blockchain in the same way that Pets.com was an investment in the internet.”

Don’t miss: This is what Vanguard’s chief economist says is the most important economic trend of our lives