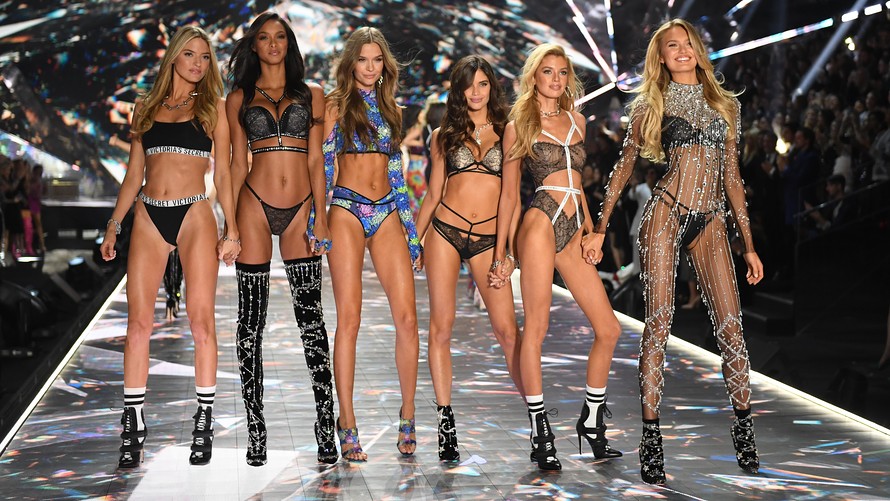 L Brands Inc. could bring back the Victoria’s Secret swimsuit line now that the company has signaled no strategy is off limits if it improves profitability, Wells Fargo analysts say.

Wells Fargo upgraded L Brands to outperform from market weight, with analysts seeing a turnaround on the horizon as the company takes an “‘all options on the table’ mentality.” Analysts don’t expect a turnaround in the near future, but shuttering Henri Bendel and considering options, including a sale, of the La Senza business shows that the company has taken on a new focus.

Victoria’s Secret has struggled in recent quarters as tastes shift away from the ultra-sexy styles the brand is known for, competition heats up and its televised fashion show slips from cultural relevance.

Looking back, the Victoria’s Secret brand has taken a number of steps that Wells Fargo thinks have ultimately led to “more bad than good” including: ending the catalog, which had an annual circulation of 250 million, reducing direct mail offers and eliminating the swim and apparel categories.

The brand has recommitted to its “constructed” bra business after promoting the popular unpadded bralettes, and cut discounts in favor of brand building, but that has yet to yield results. And the Pink brand, which is geared towards college-age customers, is now struggling.

“One of the biggest higher-level issues we have noted at L Brands over the past few years is management’s reluctance to making real change across the business – leaving many investors with a lack of confidence that L Brands will be able to keep up in today’s rapidly evolving retail market,” analysts led by Ike Boruchow wrote in their note.

See: Victoria’s Secret sells women’s underwear, but has been marketing to men

As e-commerce gains significance, pricey flagships, which were launched for marketing purposes, could shut down.

And speaking of marketing investments that might not be worth it any longer, analysts say the Victoria’s Secret Fashion Show, which once served as an hour-long ad, “is no longer resonating.” Viewership fell 26% in 2017.

Instead, Wells Fargo thinks Victoria’s Secret swim business could return. It was deemed “non-core” since it didn’t have the same supply chain advantages as the lingerie and beauty businesses, and margin dilutive because it’s seasonal. But analysts say that it may have been a traffic driver, and discontinuing it could have upset customers.

“Though the negative realities of the swim category remain, management may have underappreciated its value in terms of driving incremental sales in their more core/margin-right categories,” analysts wrote in a note. “Mall traffic tends to surge during seasonal transitions, and swim suit shopping is the largest manifestation of this trend.”

Analysts think swim is a “$450 million opportunity” with potential for 3% to 4% same-store sales improvement over 24 months.

“We think this is noteworthy as it signals that L Brands management is taking a hard look at real estate,” analysts led by Edward Yruma wrote in a note. “Over time, we believe that L Brands could opportunistically resize its real estate footprint, which could drive improvements in profitability and ROIC [return on invested capital].”

Instinet analysts would also like further explanation of that $80 million charge. In the longer-term, analysts led by Simeon Siegel say Victoria’s Secret and Pink may have reached their North American revenue peaks at about $3 billion.

Don’t miss: Victoria’s Secret and Gap among the retail brands that have reached peak revenue