By Dustin Volz and Lindsay Wise 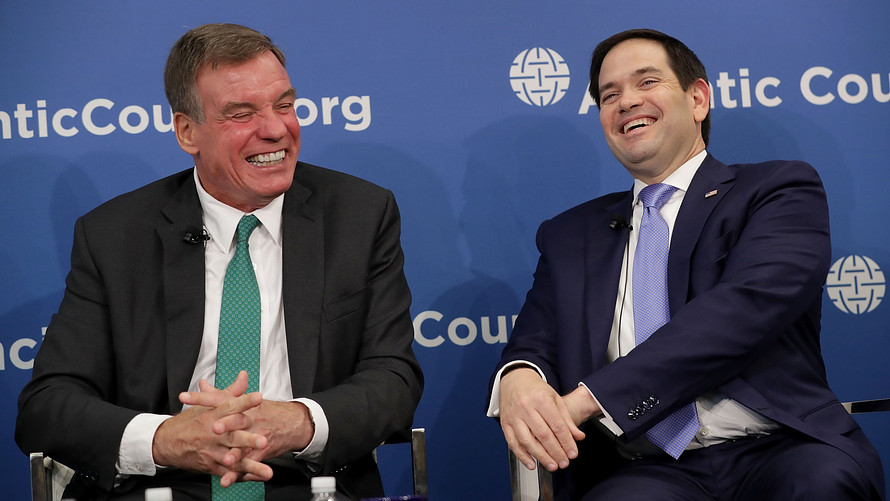 Getty Images
Sen. Mark Warner of Virginia and Sen. Marco Rubio of Florida share a laugh during a July 2018 discussion of Russian election interference at the Atlantic Council in Washington. Warner, the ranking member of the Senate Intelligence Committee, is described as having worked effectively with the committee’s chairman, Richard Burr of North Carolina, who temporarily stepped down this week amid an investigation of his stock-market trades at the outset of the COVID-19 pandemic. Rubio was tapped as the committee’s acting chairman.

WASHINGTON — President Trump’s acting intelligence chief was asked Wednesday by a leading Senate Democrat to declassify all intelligence reports of conversations between Michael Flynn and Russia’s former ambassador, which led to his prosecution on charges of lying to the Federal Bureau of Investigation as part of the investigation by former special counsel Robert Mueller.

Warner’s request to disclose the contents of Flynn’s conversations with foreign leaders echoes calls made by several former Obama administration officials, including Susan Rice, who served as national-security adviser to President Obama.

Sen. Mark Warner, the top Democrat on the Senate Intelligence Committee, also asked Richard Grenell, the acting director of national intelligence, to provide senators with intelligence reports compiled during the Trump presidential transition. Specifically, Warner asked for reports that resulted in queries from senior Obama administration officials in which the identity of an anonymous American was revealed to be Flynn, who served as Trump’s first national-security adviser.

The Office of the Director of National Intelligence didn’t immediately respond to a request for comment.

Republicans have described such requests — a process known as unmasking — as evidence of a conspiracy to spy on Trump’s incoming administration, touching off a partisan battle to relitigate a key episode in Mueller’s investigation.

Republican senators last week released the names of more than three dozen Obama administration officials who received intelligence reports where Flynn’s identity was disclosed through unmasking. The content of those calls wasn’t revealed.

Read on: Whether Trump knew Barr’s Justice Department would ask judge to dismiss criminal case against Flynn is a moot point

Gov. Mike DeWine weighs how to reopen schools in Ohio

Michigan declares a state of emergency as dams fail