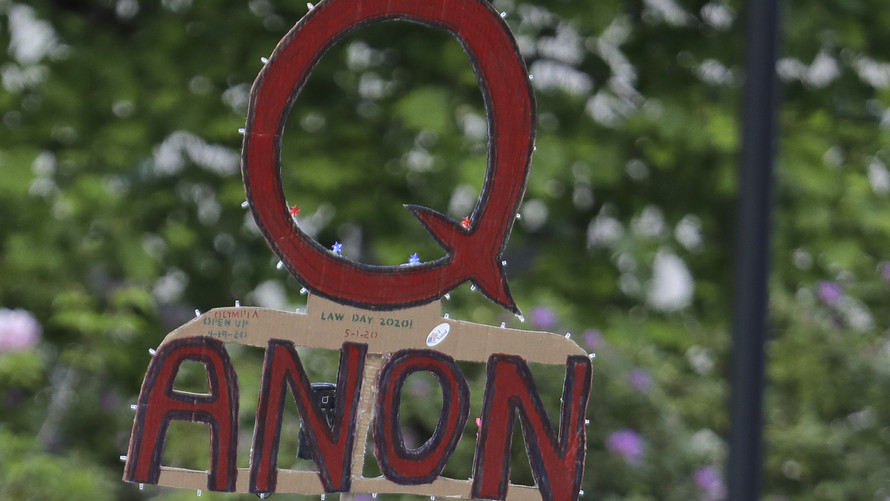 Walmart (NYS:WMT)   did not respond to repeated requests for comment made by email and through its website. An Amazon (NAS:AMZN)   spokeswoman declined to comment. A spokeswoman for another donor to Lynn’s campaign, Kentucky-based distillery company Brown-Forman (NYS:BF.B)  , which has a facility in Tennessee, said the company didn’t know about Lynn’s QAnon posts and wouldn’t have donated to her campaign through its Jack Daniel’s PAC if it had.

“This is the United States of America, and I am absolutely free to tweet or retweet anything I want,” she said. “I don’t understand why this is even an issue. Believe me, I am not in the inside of some QAnon movement.”

But in October 2019, Lynn retweeted posts by QAnon-promoting accounts with tens of thousands of followers. One of the posts she retweeted praised Trump and included the hashtag #TheGreatAwakening, a phrase commonly invoked by QAnon followers.

“Like many other companies, our PAC periodically contributes to elected officials in Tennessee, including those serving in leadership like Rep. Lynn,” BlueCross BlueShield of Tennessee spokeswoman Dalya Qualls said in a statement.

In April, Lynn updated her Facebook page with a cover photo that included a flag with stars forming a “Q” above the abbreviation “WWG1WGA,” which stands for the QAnon slogan “Where we go one, we go all.” In May and June, Lynn punctuated several tweets with the same abbreviation.

And when a leading QAnon supporter nicknamed “Praying Medic” tweeted the message, “Is it time to Q the Trump rallies?” Lynn responded, “It is time!” in a May 31 tweet of her own.

Lynn said she viewed “Where we go one, we go all” as a “very unifying slogan” and didn’t know it was a QAnon motto. However, a handful of Facebook users who replied to her updated cover photo in April commented on the QAnon connection. The flag is no longer her cover photo but could still be seen in the feed on her page on Friday.

AP contacted all of the companies mentioned in this story. Some did not respond to requests for comment and others declined to comment.