Watch Capt. Sully urge Americans to vote Trump out: He ‘has failed us so miserably’ 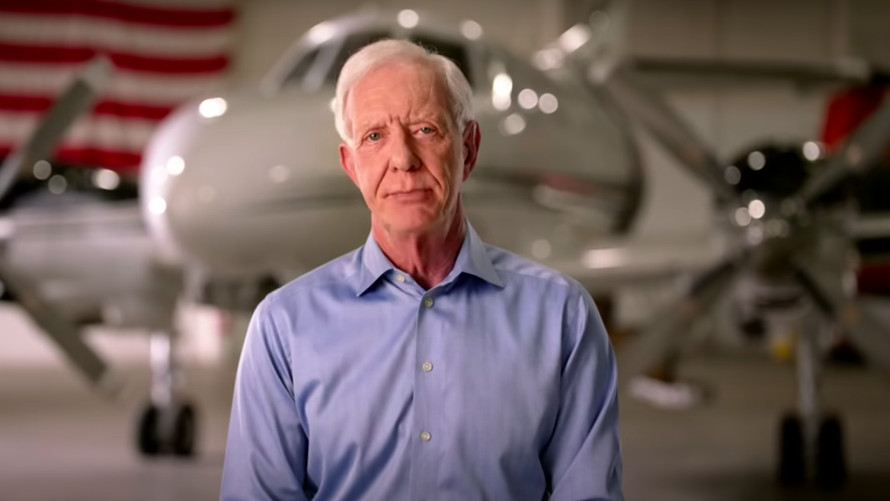 Chesley “Sully” Sullenberger, the former airplane pilot who became a national hero after making an emergency landing on New York’s Hudson River in 2009 and saving the lives of all 155 people on board, calls on Americans to vote President Trump out of office in a campaign ad that hit social media and national cable networks ahead of the first presidential debate on Tuesday.

“Eleven years ago, I was called to my moment. Now, we are all called to this moment,” he says in the $200,000 ad buy co-sponsored by the anti-Trump Republicans of the Lincoln Project and the VoteVets political-action committee. While he doesn’t mention Democratic presidential candidate Joe Biden by name, Sullenberger encourages Americans to cast their votes against Trump.

“We are in control of this nation’s destiny. All we have to do is vote him out.”

The roughly minute-and-a-half spot features Sullenberger musing on leadership in a crisis. He says that his father’s service as a Naval officer in World War II, as well as Sullenberger’s own experience as an Air Force officer and a fighter pilot before flying as a commercial pilot for more than 30 years, prepared him for his 2009 emergency landing that was called “the Miracle on the Hudson.”

“Leadership is not just about sitting in the pilot’s seat. It’s about knowing what you’re doing, and taking responsibility for it. Being prepared, ready and able to handle anything that might come your way,” says Sullenberger, who has been a Republican for most of his life. But Trump’s leadership over the past four years hasn’t hit the mark as far as Capt. Sully is concerned, particularly during the coronavirus pandemic that has killed more than 205,000 Americans and counting.

“It’s in that highest calling of leadership that Donald Trump has failed us so miserably,” says Sullenberger. “Now, it’s up to us to overcome his attacks on our very democracy. Knowing nearly a quarter million Americans won’t have a voice - casualties of his lethal lies and incompetence.”

Many on social media were struck by Sullenberger’s strong words against the president, which led “Sully” to trend on Twitter /zigman2/quotes/203180645/composite TWTR -1.16%  on Tuesday morning. But Sullenberger has criticized Trump before. When MSNBC asked him what he would say if he met Trump in person in 2018, he said that, “I’m as concerned about the state of this nation as I have been in a half century.”

He added, “I don’t think [Trump is] capable or willing to change. I think that he’s remarkably incurious and doesn’t value learning.” And even then, he implored Americans to get out and vote. “It is up to us ... we cannot wait for someone to rescue us, we must do it ourselves. Everyone, everywhere, must vote in massive numbers.”

And that interview came on the heels of an op-ed he wrote for the Washington Post, when he criticized the president without mentioning him by name. “Many do not respect the offices they hold; they lack — or disregard — a basic knowledge of history, science and leadership; and they act impulsively, worsening a toxic political environment.”

Sullenberger retired from US Airways in 2010, a year after he safely landed US Airways Flight 1549 on the Hudson river, and has since worked as a safety expert, author and speaker on leadership. And he certainly holds leaders accountable. Sullenberger penned an op-ed for MarketWatch on the Boeing /zigman2/quotes/208579720/composite BA +0.84%   and Federal Aviation Administration responses to the Boeing 737 Max 8 being involved in two fatal crashes last year, warning them that, “Our credibility as leaders in aviation is being damaged.”

“Boeing and the FAA have been found wanting in this ugly saga that began years ago but has come home to roost with two terrible fatal crashes, with no survivors, in less than five months, on a new airplane type, the Boeing 737 Max 8, something that is unprecedented in modern aviation history,” he added.

Read more : Capt. Sullenberger on the FAA and Boeing: ‘Our credibility as leaders in aviation is being damaged’

Trump and Biden will square off face-to-face for the first time in Cleveland on Tuesday at 9 p.m. Eastern time, with Fox News’ Chris Wallace moderating. Topics will include: “The Trump and Biden Records,” “The Supreme Court,” “COVID-19,” “The Economy,” “Race and Violence in our Cities,” and “The Integrity of the Election.”