One person was shot and killed, the National Guard mobilized, and Vice President Pence was rushed out of the Senate chamber as protesters breached the Capitol building 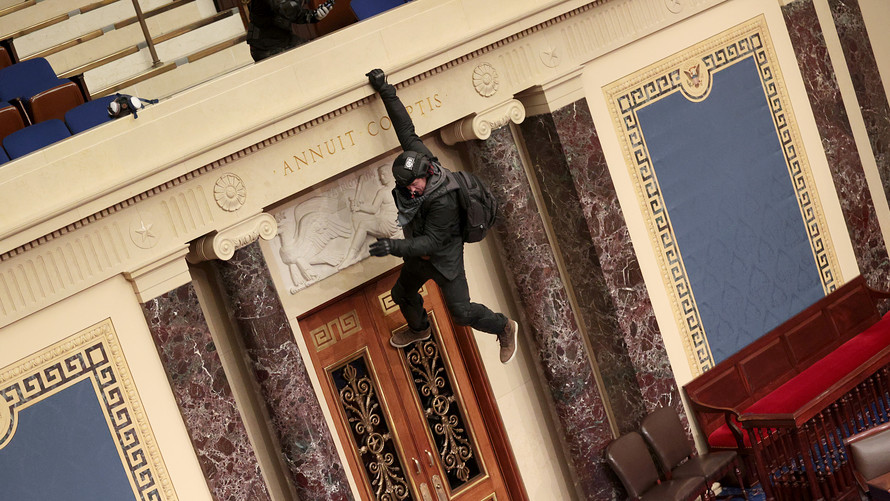 Win McNamee/Getty Images
A protester is seen hanging from the balcony in the Senate Chamber on Jan. 6, 2021 in Washington, D.C.

As Congress met to count the Electoral College votes and confirm President-elect Joe Biden as the nation’s next leader on Wednesday, Trump supporters protesting the election results stormed the Capitol building, forcing Vice President Mike Pence to be ushered out of the Senate chamber and putting the entire complex on lockdown. And an unidentified woman was shot and killed as chaos descended on the Capitol complex grounds.

Shots were reported fired in the Capitol building at around 3 p.m. as Capitol police engaged in an armed standoff with protestors, and both NBC News and the Washington Post reported that one person was shot dead, with CNN reporting that she was shot in the chest. She was among the people who had been protesting in support of Trump, said Democratic Rep. Henry Cuellar of Texas in a C-SPAN interview.

It was almost four hours before officials declared the Capitol “secured” once more.

The National Guard was mobilized to respond to the violent demonstration on Wednesday afternoon, and the Department of Homeland Security began sending in additional federal agents to the U.S. Capitol quell the violence. 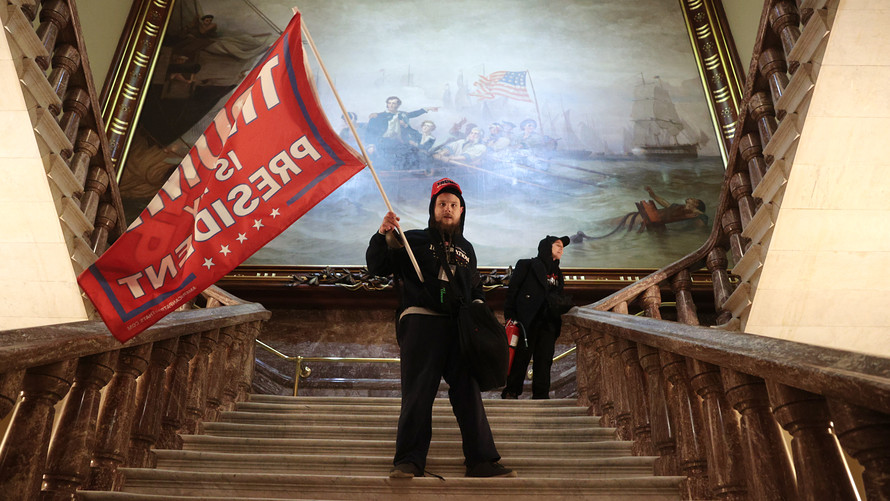 Hundreds of Trump supporters began pushing through metal barricades at the back of the Capitol building about 1 p.m. Wednesday, the Washington Post reported , running past security guards and breaking fences while chanting “USA! USA!”

Stunning footage of protesters fighting with federal police officers soon began flooding Twitter, leading queries such as “Where is the National Guard” to begin trending, along with reports that staffers were temporarily evacuated from two buildings on Capitol Hill. 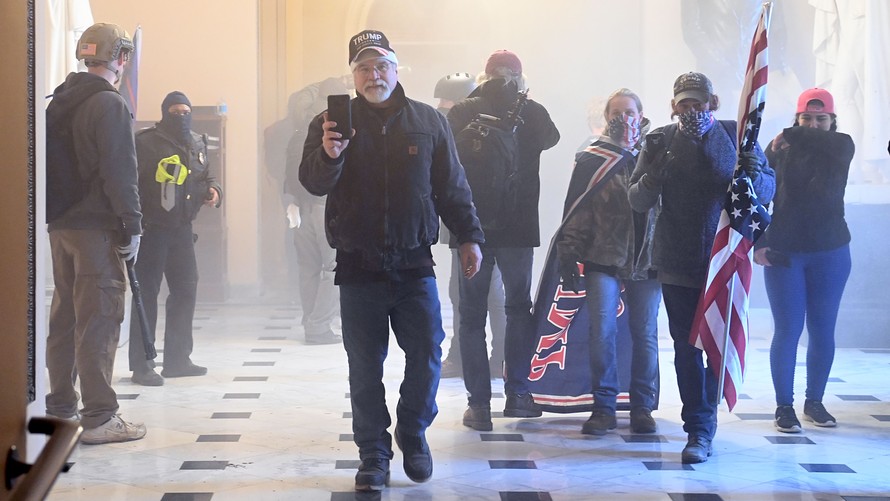 The U.S. Capitol was eventually locked down with lawmakers inside. The Associated Press reported that a recorded announcement played inside the Capitol explained that due to an “external security threat,” no one could enter or exit the Capitol complex.

“It’s a mess out here. I hear a lot of non-lethal munitions going off, and look, this is a disaster,” said Republican Rep. Adam Kinzinger of Illinois in a Fox News interview.