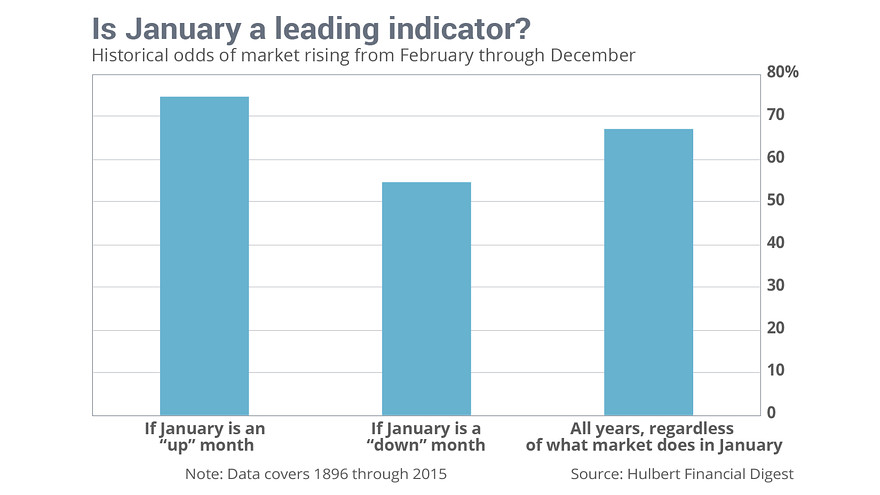 On the surface, at least, the indicator rests on a solid foundation. Since 1896, when the Dow Jones Industrial Average /zigman2/quotes/210598065/realtime DJIA -0.61% was created, there has been a 75% probability that the market’s February-through-December direction would be up if January recorded a gain. That contrasts with only a 52% probability following a losing January. (See the chart at the top of this column.)

Mark Hulbert has been tracking the advice of more than 160 financial newsletters since 1980. Subscribe now to Mark’s premium newsletters and get 30 days free.