Are annuities a good deal?

You probably won’t get your money back, but the guarantee of money for life is really valuable 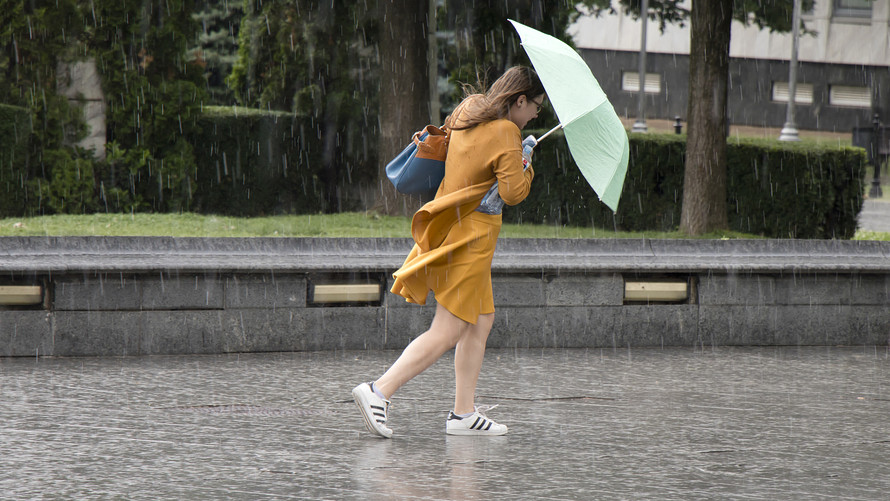 As Americans retire with 401(k) balances as their only supplement to Social Security, the question is how they should draw down their accumulated assets. Lots of rules of thumb are available — some better than others. But the list includes 1) following the 4-percent rule; 2) spending the interest and dividends by preserving the capital; 3) spending down over one’s life expectancy; and 4) following the IRS’ required minimum distribution rules.

In theory, of course, the best option is to buy an annuity. It provides the highest level of income and insures against running out of money. But are annuities a “good deal?” This topic has not been addressed in two decades.

In a recent study , my colleagues and I look first at “money’s worth,” the ratio of expected lifetime benefits to cost, and then at “wealth equivalence,” a measure that takes into account the insurance value of annuities. We consider both “immediate annuities” that start payments upon purchase and “deferred annuities” bought at age 65 that start payments at age 85. We calculated not only today’s values of money’s worth and wealth equivalence but also the performance of these two metrics over the last 20 years.

Read: Are annuities so bad? Why they can be the right thing — for some investors 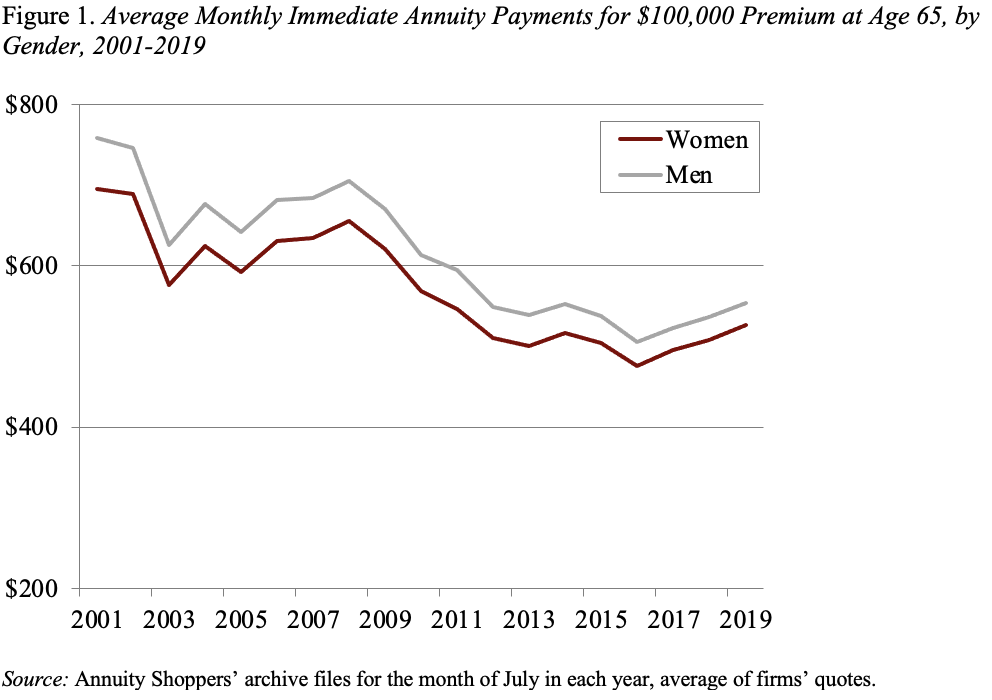 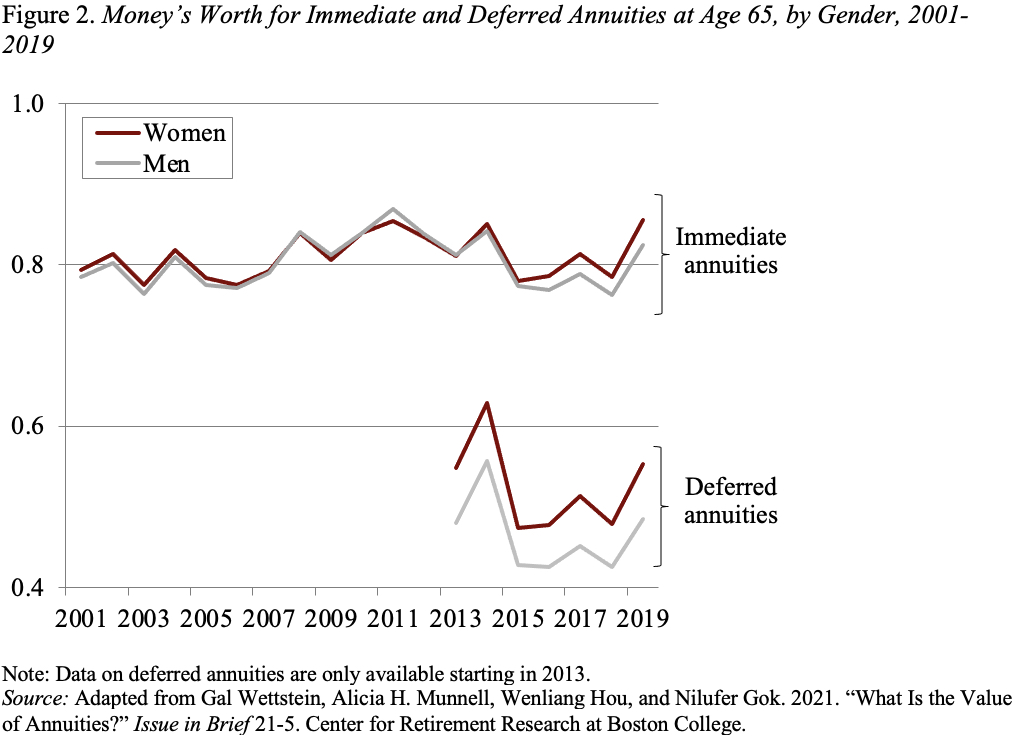 “Money’s worth,” however, is only a partial measure of the value of an annuity, because it neglects the insurance that the product provides against outliving one’s assets. Wealth equivalence incorporates the value of that insurance. It measures the share of starting wealth an individual would require to be as well off with annuitization as without it, so a smaller wealth equivalence number indicates a more valuable product.

Figure 3 shows that the wealth equivalence measure is less than 1 in all cases, indicating that annuities enhance welfare. Interestingly, while the money’s worth of deferred annuities is substantially lower than that of immediate annuities, their insurance value is greater because they protect more effectively against outliving one’s assets. 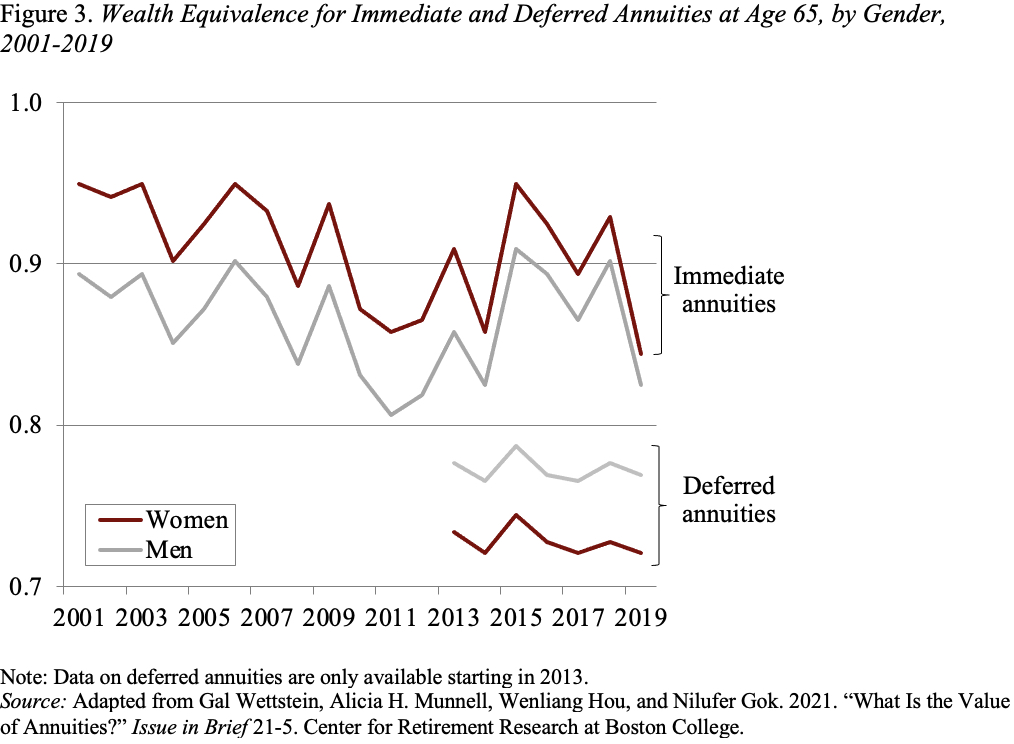 The bottom line is that everyone should gain from purchasing an annuity. Yet, for a number of reasons, resistance is high to actually going out and purchasing the product. It will be interesting to see how annuities fare as they are integrated into 401(k) plans.