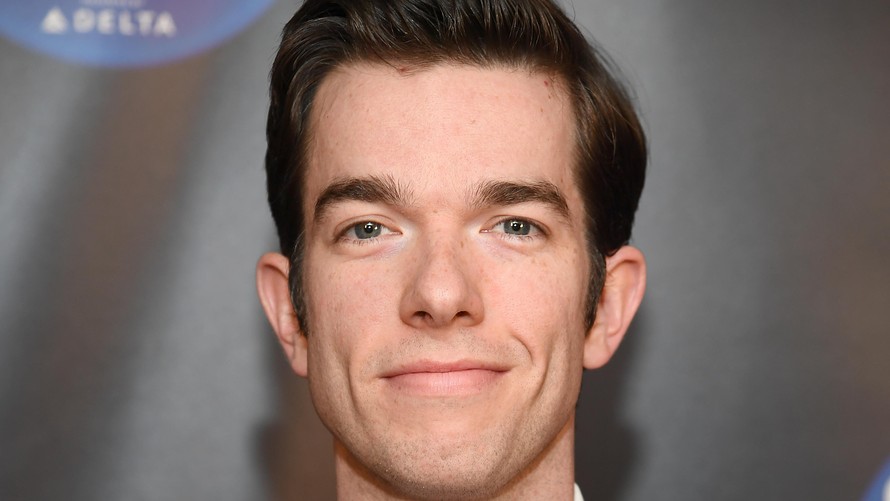 Mulaney, 38, has been candid about his past struggles with drugs and alcohol in some of his sets and in a 2019 Esquire cover story , where he revealed that he started drinking at 13 before becoming sober at 23. A source told the New York Post’s Page Six on Monday that “he has struggled [with sobriety] again during the pandemic,” adding that “he’s on board with his recovery, [and] he’s not fighting against rehab.”

The news led many fellow comedians and fans to express their support for the comic, with several pointing out how the COVID-19 pandemic, and the attendant layoffs, lockdowns, stress and social isolation, created a perfect storm for relapse.

In fact, Mulaney recently revealed during an appearance on “Jimmy Kimmel Live” that he was “going totally crazy” at home, adding: “I really needed a job.” So he joined the “Late Night with Seth Meyers” show as a staff writer last month.

He’s not the only one struggling, by far. Millions of Americans have become unemployed this year, and there have been troubling reports suggesting that the mental health and overall well-being of many people has suffered, even as more than 18 million Americans have been diagnosed with COVID-19, and more than 300,000 have died.

This has led many people to turn to alcohol, comfort food and other substances to deal with the constant onslaught of insanity that has been 2020. When the pandemic broke out in March, online U.S. alcohol sales spiked 243% compared with the same period last year; sales surged the week before stay-at-home orders went into effect.

In April, the World Health Organization called for restrictions on alcohol sales during the pandemic, warning that alcohol consumption weakens the immune system — which could make people more susceptible to developing worse COVID-19 symptoms. What’s more, alcohol misuse can also increase the likelihood of domestic violence, risk-taking behaviors and depression. Alcohol-related illnesses kill an estimated 95,000 Americans a year, according to the National Institute on Alcohol Abuse and Alcoholism .

And as the year grew increasingly stressful, including widespread protests over racial injustice, wildfires in the western U.S. and a tight, contentious U.S. presidential election that coincided with a record number of people Googling “liquor store near me,” a growing body of survey data suggests that more people are coping with the stress of this year by leaning on alcohol and other substances.

A recent study of 1,540 adults ages 30 to 80 published in the journal JAMA Network Open found that respondents reported drinking 14% more during the pandemic. American women in particular reported a 41% increase in episodes of heavy drinking (defined as four or more drinks within two hours) in the spring of 2020 as compared with a year earlier. It should be noted that this study drew on self-reported data about drinking habits and that such data are not always reflective of reality. But Nielsen has also found that total alcohol sales outside of bars and restaurants have risen roughly 24% during the pandemic, and sales of spirits with higher alcohol content rose more than 27% over last year.

Plus, a recent survey of 1,300 remote workers from health and safety firm Protecting found that nine in 10 people have admitted to drinking alcohol while working from home this year, with consumption ranging from “just a glass or two with lunch” to “getting through a whole bottle of wine a day.” Most respondents (93%) said they were drinking more alcohol during the pandemic than they had done previously.

The CDC has also warned that Americans are experiencing mental-health conditions such as suicidal thoughts at higher levels during the pandemic, with about one in 10 Americans surveyed in June saying that they had seriously considered suicide in the past 30 days, which was more than double the number who said the same in 2018 about their previous 12 months.

Read: ‘Some of the biggest risk factors for suicide are now part of daily life’: Here’s how to get help

And while public health officials have warned that things could get worse before they get better this winter as COVID-19 cases and hospitalizations continue to spike, and the winter chill forces more people to stay indoors, there are still hopeful signs. The Food and Drug Administration has approved two COVID-19 vaccines for emergency use, and most Americans are expected to receive one of the vaccinations by the middle of spring. What’s more, the government is on the cusp of pushing through a fourth coronavirus aid package that includes sending $600 stimulus checks to most Americans, beginning next week.

In the meantime, this guide has some helpful steps to protect your mental health and fight “COVID fatigue” this winter.

And if you or someone you know is struggling with addiction, please contact the Substance Abuse and Mental Health Services Administration (SAMHSA) helpline at 1-800-662-HELP.