What ‘slow growth forever’ means for the market right now 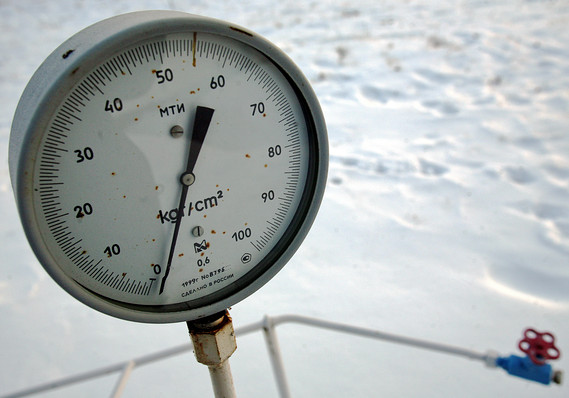 A while ago, I wrote that markets were adjusting to "slow growth forever." Since then, we have seen another nudge toward contracting valuations to respect that reality. Lately though, markets have benefited from a technical rally. There's an idea that maybe, just maybe, economic growth will rebound to higher levels with central-bank intervention or that corporate profits will continue to grow into headwinds. In my opinion, neither is likely.

Most people are still having a hard time wrapping their heads around the idea that global growth will be about half in coming decades what it was from the post-WWII era to just before the financial crisis. In fact, most folks have no idea to even think about that reality when investing.

One investor recently told me that he didn't think my view of the S&P 500 around 1600 sometime this year was likely because "it hasn't happened in a while." His millennial outlook is diametrically opposite of what I hear from baby boomers who expect the end of the financial world again. It's an interesting study in investor psychology to hear the investing attitudes of the different generations.

To understand why stock-market multiples will contract and take the market down at least another peg, one must at least accept why global growth cannot be as high as it once was — no matter what central banks or governments do. Briefly, here are the two extremely powerful reasons why we will have slow growth forever:

Back in September, I declared that the bear market has begun. While slow to develop, it's clearly happening in a rather orderly way since the 1000-point down day on the Dow (s:DIA) last August. Take a look at the following chart of Robert Shiller's cyclically adjusted price-earnings ratio with an S&P 500 /zigman2/quotes/210599714/realtime SPX +0.25%  overlay: 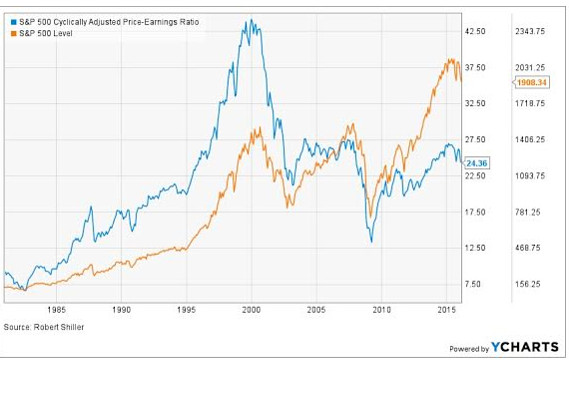 What you see is that the market is just coming off the fourth-highest valuation of the market ever. If growth is going to be slower (it is) and we're near peak earnings with a likelihood of more earnings contractions (we are), then the stock market will continue to fall.

Also notice that the S&P 500 index has typically traveled below the cyclically adjusted price-to-earnings ratio. That changed with the advent of massive additions to the money supply, first the funny money just before the financial crisis and then central-bank quantitative easing after. Even if earnings remain about the same, there should be a drop in the stock market due to lower demand for stocks by gloomy baby boomers.

I expect the S&P 500 index to get to 1600 and likely slightly lower sometime this year. You can easily see that this is the new long-term support level just by looking at the last two peaks in the market. Just as old resistance usually becomes new support, so it is this time. Without a recession, it will be very hard to break below that level. If we do get a recession, which I think is unlikely due to the interventionist nature of central banks and governments, then we could travel several hundred points lower, so, be aware.

Once the correction plays out, the market should start to rebound rather quickly as cash gets put to work. We will then get at least a substantial recovery of the ground lost in the stock market and quite possibly get to new highs in a few years. In looking at market structure, it is clear that there is a lot of cash available to be invested and that a lot of it is eyeing this 1600 level as a spot to start getting to work buying. I have a list of companies and ETFs that I will to consider buying when this bear market plays out, likely later this year — you should, too.

Kirk Spano and certain clients of Bluemound Asset Management do not own any securities mentioned. Spano has not yet recommended any of the securities mentioned to subscribers of his investment letter Fundamental Trends. Neither Spano nor Bluemound clients plan any transactions in the next three trading days. Opinions subject to change at any time without notice.