With many of us stuck at home, at least there’s a good crop of streaming distractions on the way 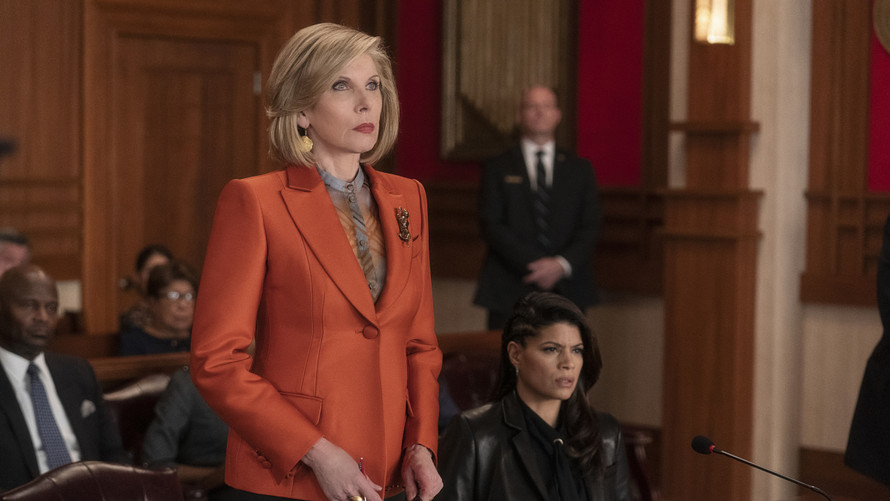 CBS Interactive
Christine Baranski stars in the CBS All Access series "The Good FIght," which starts its fourth season April 9.

April is going to be rough.

The news is likely to get much worse as the coronavirus outbreak spreads, upending lives and the economy, while tens of millions of people hunker down and isolate themselves at home in a bid to slow its spread.

We’re really going to need distractions to stay sane. Streaming services say traffic has spiked in recent weeks, for obvious reasons, and streaming is likely to remain our most accessible temporary escape from the grim everyday news. To that point, at least there will be plenty to watch in April, including the debuts of two new services — NBCUniversal’s Peacock and Quibi (more on those later).

See: What to stream in a pandemic? Here are 25 comfort shows to binge and get your mind off coronavirus

Meanwhile, as the economic impact of the outbreak takes a toll on many people’s paychecks, it may be time to re-evaluate which streaming services are really worth your money.

As we have previously mentioned, consumers can take full advantage of cord-cutting by capitalizing on the ability to add and drop streaming services each month, and all it takes is good planning and timing. Remember, a billing cycle starts when you sign up, not necessarily at the beginning of each month.

Free possibilities aside, when it’s time to decide where your subscription dollars should go, What’s Worth Streaming will be here to help. We will rate each major streaming service every month as a “play,” “pause” or “stop,” similar to investment analysts’ ratings of buy, hold and sell, and pick the best content that will help you make your monthly decisions.

Here’s a look at what’s coming to the various streaming services in April 2020, and what’s really worth the monthly subscription fee.

Among the April highlights: Season 4 of “Money Heist,” aka “La Casa de Papel” (April 3), a ridiculously fun and suspenseful crime drama about a gang of crooks robbing the Bank of Spain, kind of a blend between “Ocean’s 11” and “24”; Season 2 of the gripping sports docu-series “Sunderland ’Til I Die” (April 1), about a once-proud soccer team and its passionate fanbase as they try to fight their way out of England’s third-tier league; Season 4 of the lighthearted baking-disaster competition “Nailed It” (April 1); Season 3 of the tense Israeli espionage drama “Fauda” (April 16); “#blackAF” (April 17), a new mocumentary sitcom from “Black-ish” creator Kenya Barris (which definitely looks more adult-oriented that “Black-ish,” more along the lines of BET’s underrated “Real Husbands of Hollywood”); and “Never Have I Ever” (April 27), a coming-of-age comedy series about an Indian-American teenage girl, inspired by producer Mindy Kaling’s childhood.

There’s also “Brews Brothers” (April 10), a comedy from “That ‘70s Show” producer Greg Schaffer about two estranged brothers who have to run a brewery together; “Outer Banks” (April 15), a mystery series about a group of teens searching for long-lost treasure; and “Too Hot to Handle” (April 17), a trashy dating competition with a $100,000 celibacy challenge.

See: Here’s everything coming to Netflix in April — and what’s leaving

Netflix is also adding a handful of comedy specials, a load of older movies (including “The Social Network” and “The Good, the Bad and the Ugly” ) and all six seasons of “Community,” which despite being one of the funniest sitcoms of the past decade never really became much more than a cult hit.

Play, pause or stop? Play. There’s enough quality new stuff (along with a whole lot of old stuff in its library) to keep yourself and the whole family occupied.

Hulu’s original offerings are still slim, but its library is so deep that it doesn’t really matter. April’s tent-pole original is “Mrs. America,” a miniseries launching April 15 under the new “FX on Hulu” banner. It stars Cate Blanchett as Phyllis Schlafly, a conservative crusader and vocal opponent of the women’s liberation movement who was a key figure in the culture wars of the 1970s. Other notable addition include the Oscar-winning movie “Parasite” (April 8) and Season 2 of “What We Do in the Shadows,” an excellent and hilarious mockumentary series about Staten Island’s lamest vampires , which will be available a day after new episodes air on FX, starting April 16.

This is when having a massive content library comes in handy. If the new stuff doesn’t wow you, there’s a ton of older shows well worth binging during our collective shelter-in-place, including most FX shows (like “The Shield,” “Justified” and “Atlanta” ), older network shows ( “Lost,” “Seinfeld,” “How I Met Your Mother”) as well as a wide selection of current shows available a day after they air on broadcast ( “Bob’s Burgers,” “Superstore” ) and past seasons of reality shows such as “The Amazing Race” and “Top Chef.” There’s literally something for everyone.

See: Here’s everything coming to Hulu in April, and what’s leaving

Play, pause or stop? Play. Hulu is currently the best value in streaming.

Call it “Dad Month” on Amazon’s /zigman2/quotes/210331248/composite AMZN +1.18%   Prime Video. OK, not entirely, but the headline additions in April are Season 6 of the popular cop drama “Bosch” (April 17) and most of the James Bond catalog (from 1962’s “Dr. No” to 2002’s “Die Another Day,” all dropping April 1). So that alone will make many happy viewing hours for dads everywhere. But there’s still stuff for everyone else. The most intriguing new series is “Tales From the Loop” (April 3), a contemplative sci-fi drama inspired by the works of Swedish artist Simon Stålenhag, whose art incorporates sci-fi elements into landscapes and portraits of everyday life. It’s an interesting concept at least.