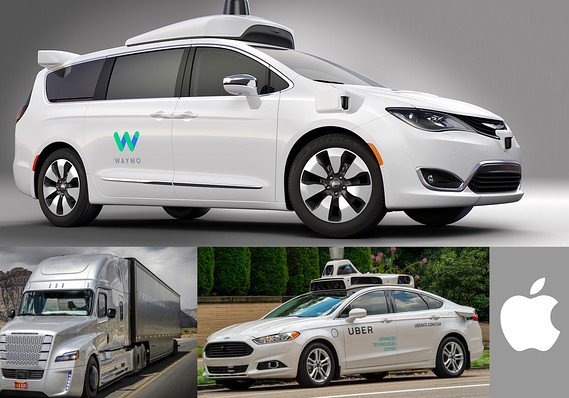 Self-driving cars have always been a subject of popular debate among consumers and investors alike. But lately, the technology — and the profit potential — has started to feel very real.

This week, shares of Avis Budget Group Inc. /zigman2/quotes/203618115/composite CAR +10.05%  surged after Alphabet Inc. /zigman2/quotes/205453964/composite GOOG +2.40%   /zigman2/quotes/202490156/composite GOOGL +2.21%  announced it will partner with the company to support and maintenance its fast-growing fleet of self-driving vehicles. Avis gets a regular paycheck for its services in the multiyear deal, and Alphabet’s Waymo arm gets access to thousands of vehicles and millions of potential customers in its effort to move forward with its autonomous driving dreams.

Waymo is way ahead of the curve in this emerging field, having recently announced its fleet has logged more than 3 million miles on public roads . Its adorable “ Firefly ” almost single-handedly brought self-driving cars out of sci-fi pages and into reality in 2014, and it has remained at the front of the field ever since.

The laggards in the field, meanwhile, are still just testing their tech in labs and controlled settings.

Out of all the self-driving players in the world, Alphabet (also Google’s parent) seems like a clear No. 1 to me. But who is speeding toward a self-driving future to challenge them? And who is disappointing investors and falling behind, destined to be left in the dust?

Here’s a rundown of some of the other major players in the autonomous driving space right now, and what their outlook is:

China tech giant Baidu Inc. ADR /zigman2/quotes/209050136/composite BIDU +3.85%  is often called the “Google of China” by investors. The company has lived up to that moniker not just through its internet dominance, but also by a push into autonomous vehicles.

Baidu won approval from California to test its self-driving cars at the end of 2016 , in addition to older projects under way in China since as early as 2014. The company claims to be working on mass-production capabilities of its technology that will be ready for large-scale launch by 2020, according to its website , and is already partnering with auto manufacturers and insurance companies to achieve those ends. And given Baidu’s recent announcement that it is making its self-driving software open source — just like the Android smartphone operating system that powered Google’s mobile unit a decade ago — that goal doesn’t seem unrealistic. 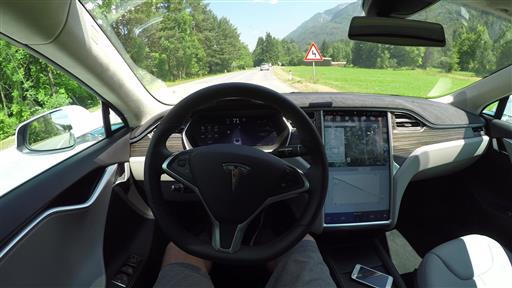 Daimler CEO and Head of Mercedes-Benz says this is the future of autonomous cars.

For me, Tesla Inc. /zigman2/quotes/203558040/composite TSLA +3.16% became the de facto leader in self-driving technology in 2016 after “ Bill’s Mom ” became an internet sensation by freaking out in the driver’s seat of a Model S on Autopilot. And with its self-driving hardware including cameras and sensors coming standard on every model it produces, Tesla clearly is diving headfirst into the future of self-driving cars.

To be clear, Autopilot is still only semiautonomous — as tragically evidenced by a recent fatal crash where the driver was warned seven times to put his hands on the wheel but didn’t take back control . But unlike competitors that are experimenting with self-driving technology at a small scale or in controlled settings, Tesla is perhaps the company closest to a real-world rollout of truly autonomous driving technology since it is a one-stop shop and can largely go it alone.

Read: What happened when I turned on Tesla’s autopilot