Which post-election years should scare you, and which shouldn’t 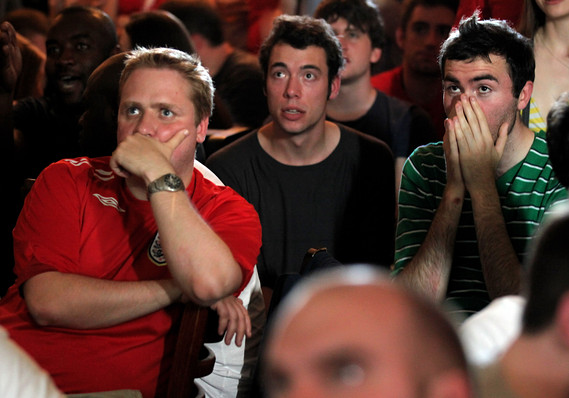 It doesn't matter on which side of the aisle your beliefs lie. Election night was a huge surprise for everyone — Democrats, Republicans and independent voters alike. I don't' think anyone expected the results to play out the way they did, and the shocking news turned the market into a rabid beast, falling more than 800 points on the Dow Wednesday morning and then closing up more than 200 points on the day after the election. Talk about chaos, but now what?

One of my favorite places to turn for historical statistics and hence, probabilities is The Stock Trader's Almanac , which anyone can subscribe to (not just professionals).

Leading up to the election, one of the studies I was following was that of the post-election year, based on political party. While the market had already priced in a Hillary win with a 4% probability and 2% margin-of-error, as we all learned last week, anything is possible. So as I scanned through the Almanac , I found the following chart: 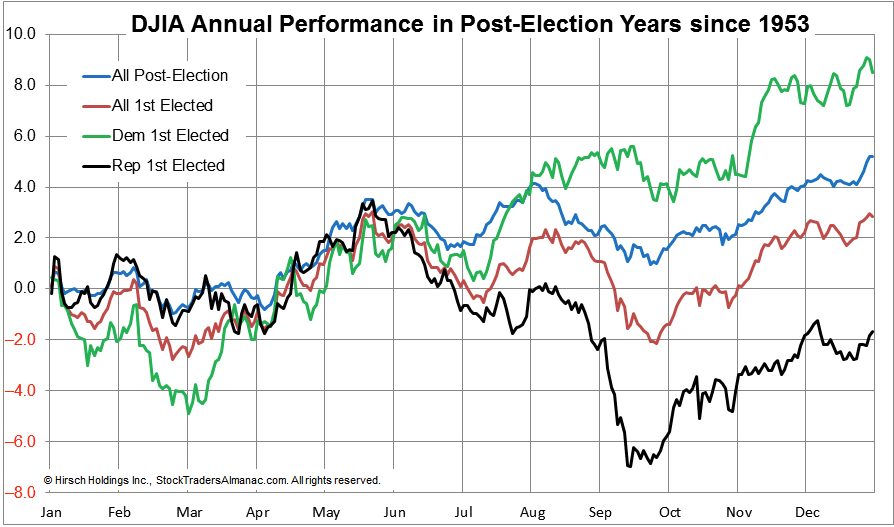 As you can clearly see, Democratic presidents fare better in their first full election year than do Republican candidates. What you can't see is that, on average, the post-election year is the worst year for the stock market when comparing it to all four election years in a four-year cycle.

As it turns out, while post-election years aren't typically good years for the market (let alone the fact they're worse all on their own with Republican presidents), the above chart leaves out crucial information having to do with which political parties controls the White House.

If you look at the bar graph below, you'll see that the numbers look very different when Congress and the Senate are added into the picture. In reality, the best "combination" of parties is a Democratic president with a Republican-controlled Hill (+16.4% in post-election years). Second place is a Republican-controlled Hill with no regard to who the president is at the time (+15.3%), and the third-best-performing post-election years take place when Republicans control both the Oval Office and the Hill. 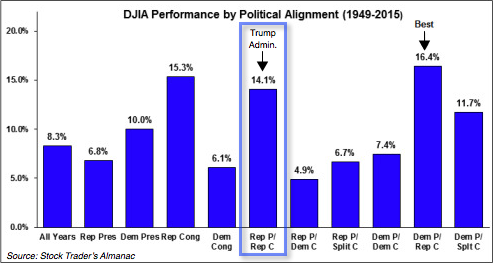 Looking through this statistical lens, things "aren't so scary after all," as the line goes in one of my son's Halloween books this year.

So while the market largely priced in a Hillary win, and while the subsequent astonishment on election night sent volatility to the moon, the future doesn't necessarily look all that grim. Already, stocks have taken off like Usain Bolt off the starting blocks, and I expect we'll see a pullback in the market here in the near future as the S&P 500 /zigman2/quotes/210599714/realtime SPX -1.04% , and especially the Dow gets its heart rate back to normal from its current, overbought, overheated level.