Why AMD’s best days are behind it

AMD had a shot to catch Intel and blew it 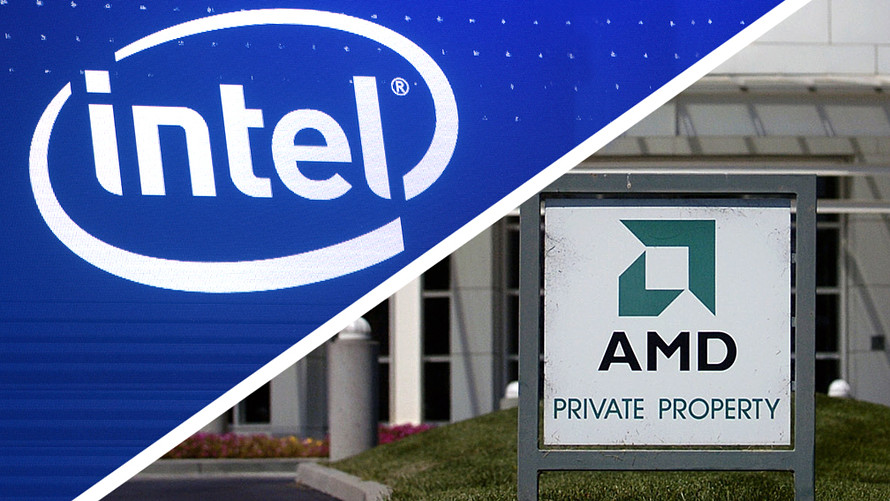 Both Intel and AMD recently reported earnings that hit revenue and earnings estimates. But AMD’s numbers, while good in some places, weren’t as good as they perhaps should have been, and Intel’s numbers were far better than most expected.

More importantly, AMD /zigman2/quotes/208144392/composite AMD +1.03% failed to capitalize on a perfect storm of opportunity when its chip-making rival was wounded.

Now Intel /zigman2/quotes/203649727/composite INTC -5.29% is back on track in the highly important data-center and client-computing businesses, and all of the advantages AMD had in 2019 are gone. That leaves it with only one way to go — and that is down.

AMD’s growth in two key areas has been underwhelming

Last year, AMD should have made significant gains in servers and PCs. After all, Intel had an interim CEO, faced supply shortages and missed its target dates to launch a number of new platforms. Meanwhile, AMD came to market with 7nm chip variants for its client and data center. Essentially, AMD had the better chip technology and Intel in some cases couldn’t even ship product.

But rather than run away with market share, AMD made only a few small dents to Intel’s business — mostly in PCs. And because Intel had periods where it couldn’t deliver its newest products or products at all, it begs the question of whether AMD had convinced PC buyers with its “better technology” or merely benefited from having supplies when Intel did not.

Meanwhile, revenue in AMD’s data-center and embedded products, which includes gaming consoles, fell well short of analyst expectations. The earnings call pointed to soft gaming console metrics, which are bundled in the enterprise number, as the reason, but didn’t mention the performance of the company’s EPYC processors, an important bet in winning more data-center business.

Given the amount of energy AMD has put into EPYC as a highly capable competitor to Intel’s Cascade Lake server chips, I would have imagined AMD would have wanted to be very outspoken about the successes of that business. The decision not to address this was at best strategic shortsightedness and at worst, a sign that EPYC is grossly underperforming.

I believe EPYC has failed to make its mark, and AMD investors should be concerned about the lack of metrics or attention to this in the earnings call.

Intel is no longer just a chip company

Intel, despite its struggles, has had near-flat revenue in client computing the past few quarters but has seen extraordinary revenue numbers in its data-center business. That unit beat analyst forecasts by 19% or $800 million, in the past quarter.

Remember, this is the business that was supposed to be hammered by EPYC. Cloud providers and enterprise buyers were supposed to bail on Intel, and OEMs like HPE, Lenovo and Dell were building AMD versions that would supposedly eat Intel market share. But despite the manufacturers bringing these versions to market, it appears customers haven’t budged. And if they have, AMD is keeping it oddly close to vest.

On the other side, Intel investors should feel bullish after CEO Bob Swan’s recent remarks. All the significant concerns have been addressed. The company’s shortages in client CPU chips is ending; its new 10nm chips, Tiger Lake, are becoming generally available to match AMD’s new RYZEN solutions; and the company is announcing enhancements across its data-center products to better compete with EPYC.

Now Intel is shoring up production, announcing lower pricing, updating its data center chips, introducing 5G PCs and expanding to be far more than a chip company. It has significantly expanded its total available market with wide offerings in AI, Network, Memory, Autonomous Vehicles, Security and IoT, a market more than four times the size of the PC CPU industry .

AMD only competes in a few of these areas and is really still just a PC and server chip company.

I believe Intel is now the firm better positioned to deliver the sales and profitability investors are looking for. That’s bad news for those holding AMD stock — and many have yet to realize just how bad that will be.

Get news alerts on Advanced Micro Devices Inc. and Intel Corp. — or create your own.