Why gold may continue to rally — as long as U.S. stocks do 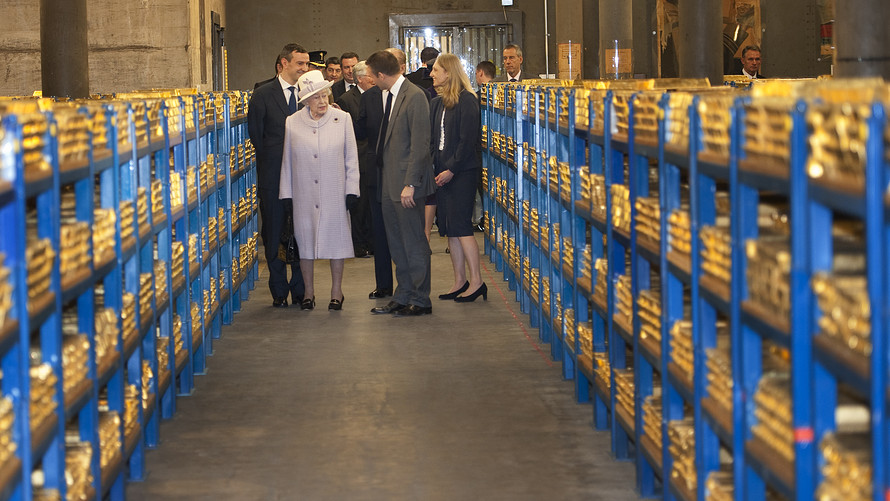 Getty Images
Queen Elizabeth II views stacks of gold as she visits the Bank of England with Prince Philip, Duke of Edinburgh, on December 13, 2012 in London, England.

It isn’t easy to see in the price action, and the 10-year yield /zigman2/quotes/211347051/realtime BX:TMUBMUSD10Y -0.52%  barely budged on Tuesday. The movement is in real, or inflation-adjusted terms, as the yield on the Treasury Inflation-Protected Securities, or TIPS, heads into ever deeper negative territory. 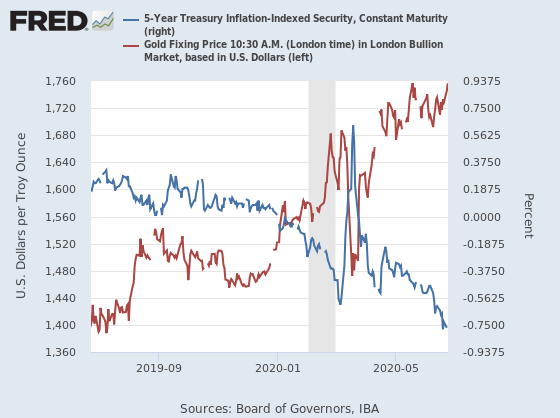 Gold is viewed by the market as a zero-coupon bond, so when inflation-adjusted Treasury yields head lower, the relative attractiveness of gold increases, Weston points out.

Over two years, 90% of the variance in gold can be explained by the inflation-adjusted U.S. Treasury, he says.

At the same time, speculative interest in gold is slightly below average, according to Commodity Futures Trading Commission positioning data. He does concede the cumulative money flow into gold exchange-traded funds is moving progressively higher.

He is bullish on gold — $1796 is his next target — but he says the clear risk to gold is higher real yields and, oddly, a selloff in equities could hurt the yellow metal if it causes dollar /zigman2/quotes/210598269/delayed DXY -0.11%  strength.

“Until that time the path of least resistance is higher,” he says.

The recent spike in coronavirus cases was in the spotlight as the governor of Texas urged residents to stay home and let cities and counties impose stricter rules. The number of people currently hospitalized jumped by 5% on Tuesday, the biggest increase since April 14, according to data analyzed by Ian Shepherdson, chief economist at Pantheon Macroeconomics.

The U.S. Trade Representative said it is considering tariffs on an additional $3.1 billion worth of goods from France, Germany, Spain, and the U.K. The potential tariffs relate to the long-simmering dispute between plane makers Boeing /zigman2/quotes/208579720/composite BA +2.87%  and Airbus /zigman2/quotes/208224336/delayed FR:AIR -0.46% . The New York Times separately reported the U.S. is considering reimposing tariffs on Canadian aluminum .

The International Monetary Fund downgraded its view of the global economy this year.