Why haven’t I gotten my stimulus check? 6 reasons your payment might be a no-show

Nearly 130 million people have received their stimulus payments, the IRS says. Here’s why you could still be waiting. 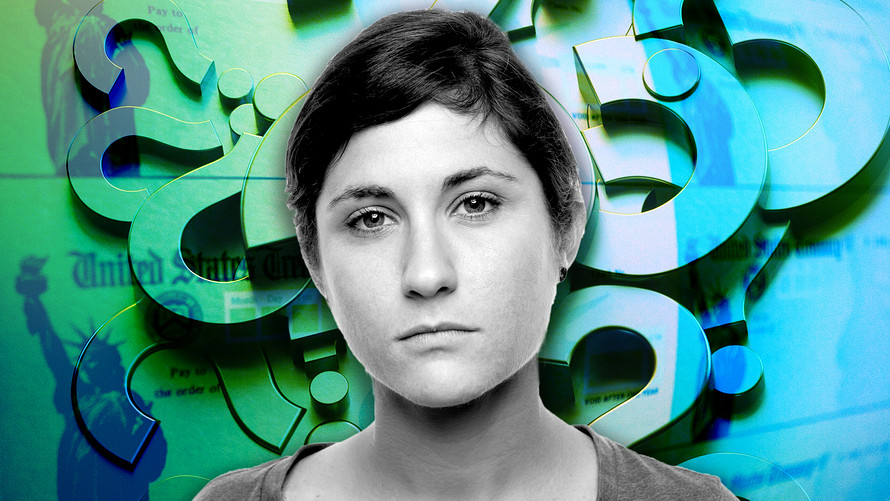 MarketWatch photo illustration/iStockphoto
As many Americans get their stimulus checks, frustration grows among those who haven’t yet received the money they expect.

That’s good news for everyone who’s received the payments and now has $1,200 in hand to use as they see fit as the country copes with the coronavirus outbreak and its massive health and financial consequences.

But it’s another source of stress for everybody who’s still waiting for their money.

There are reasons for the delays, but, first, here’s where things stand so far on those checks: The IRS had distributed 128.3 million stimulus checks and paid out $218.4 billion, according to statistics released May 8. The $2.2 trillion relief bill called the CARES Act set aside $290 billion for direct cash payments to individuals and households.

The IRS started mailing paper checks bearing President Donald Trump’s autograph in what might otherwise be the memo line during the week of April 20, according to a timeline from the House Ways and Means Committee. The IRS was slated to put approximately 5 million checks in the mail each week for up to 20 weeks. The agency started mailing checks to the people who have the smallest incomes first, the timeline indicated.

It’s cold comfort to hear the check’s in the mail. In fact, it can be a real problem for many people who are tight on cash and eyeing bills whose payments are coming due or are already late.

Here are some reasons that you still may not have gotten a stimulus check — and, in some cases, what you can do to speed the process.

The IRS doesn’t have your bank-account information on file

Approximately 14 million Americans don’t have bank accounts, according to a Federal Deposit Insurance Corp. survey from 2017. That’s about 6.5% of American households.

The FDIC is urging people to open bank accounts so they can get their stimulus money quicker. (Consumers with bank accounts might also be bypassing pricey fees from check-cashing businesses — some of which can charge more than $100 to cash a stimulus check for a family of four, according to an analysis provided by Miami’s Mayor Francis Suarez in a MarketWatch op-ed.)

People who have filed but did not give the IRS their banking information can submit direct deposit information through an IRS tool called Get My Payment. The tracking tool can also show payment status, but some people have complained that the tool doesn’t give them any information.

There are reasons for a nonanswer, according to the IRS.

For example, it could be that the agency isn’t done processing the person’s 2019 return. It could also be that the person typically doesn’t file a tax return and has submitted non-filer information via the IRS web portal, which is still being processed.

“We update Get My Payment data once per day, overnight so there is no need to check more often,” the IRS says on its website.

A Spanish language version of “Get My Payment” will be available in a couple of weeks, according to the IRS.

You make too much money

Some people might not be getting a $1,200 stimulus payment right now because they make too much money.

The Coronavirus Aid, Relief and Economic Security Act, the legislation’s official name from which the acronym CARES ostensibly derives, authorized $1,200 payments to individuals making below $75,000 and $2,400 to married couples earning under $150,000. The program also pays parents $500 for each child age 17 and under.

People who exceed the income limit might still have a chance at the money — next year. That’s because the stimulus payments are technically an advance credit for next year’s tax season. The credit is just being paid right now.

Someone else is claiming you as a dependent

Some young adults might be missing out on stimulus \money because their parents have claimed them as dependents.

When it comes to stimulus checks, the IRS counts a dependent as age 17 and under. But if the IRS is only reviewing a 2018 return, it could be looking back at a point in time when someone was a high-school senior when now they’re in college.

In one case, a 19-year-old college student told MarketWatch his dad claimed him as a dependent on his 2018 income-tax return. But as MarketWatch tax columnist Bill Bischoff noted, this student could still be eligible for a stimulus payment himself on his 2019 return.

Glitches could be slowing delivery

Some national tax preparers offer advances on a client’s refund, with the money loaded onto a debit card. Yet that could mean the IRS might not be putting the stimulus money in the right account.

For example, H&R Block and Jackson Hewitt both have prepaid cards, and both said they are working to make sure all customers get the money they’re entitled to.

H&R Block /zigman2/quotes/207406664/composite HRB +0.41%  said in a statement that the IRS has its clients’ banking information. The IRS “created confusion by not always using clients’ final destination bank account information for stimulus payments. We share our clients’ frustration that many of them have not yet received these much-needed payments due to IRS decisions, and we are actively working with the IRS to get stimulus payments sent directly to client accounts.”

Jackson Hewitt advised customers to update their direct-deposit information on the IRS’s Get My Payment tool. But if the IRS already put the money on a Serve or Bluebird card that the customer no longer has, go to that account and ask for a replacement, Jackson Hewitt advised, in its statement.

“Serve customers who would like to receive their stimulus payment to their Serve Account should confirm their direct deposit information with the IRS and update it if necessary,” Jackson Hewitt said. The company said other information on the process is available on its website.

Debt collectors could be taking your money

Consumer advocates have pointed out the wording of the CARES Act does not prevent private debt collectors from seizing stimulus checks that suddenly come into a bank account.

A debt-collection trade group said members are “acting with compassion” at this time, but, even still, it noted, collectors wouldn’t know the source of money that suddenly comes into an account.

But Lauren Saunders, an associate director at the National Consumer Law Center, said there are steps consumers can take to keep their stimulus money out of debt collectors’ hands. One way is to cash your stimulus check without depositing it into your bank account, she said.

It’s also important to know state laws. Approximately 10 states plus Washington, D.C., and several other cities and counties are enacting orders preventing garnishment of stimulus checks, according to the National Consumer Law Center.

Your immigration status could be complicating matters

The government is paying the stimulus checks to U.S. citizens. The checks are also going to certain categories of non–U.S. citizens. This includes “legal permanent residents,” also known as green-card holders, according to the IRS.

But if someone still has a green-card application pending, they may not be getting a stimulus check, at least not any time soon, according to Washington, D.C., immigration lawyer Allen Orr. U.S. Citizenship and Immigration Services (USCIS) field offices, which administer in-person interviews before issuing green cards, closed temporarily in March because of the pandemic. As of now, offices are closed until June 3, USCIS said.

Orr, first vice president of the American Immigration Lawyers Association, had a client ready for a green-card interview on March 15 when the government office closed on March 14. “He’s out of luck with his stimulus check, which he would qualify for,” Orr told MarketWatch. Whenever the USCIS reopens its offices, Orr said, it’s likely green cards will be issued at a slower pace, meaning a slower payout of stimulus funds to new green-card holders.

Receiving a stimulus check shouldn’t disrupt a person’s path to citizenship if they already have a green card, Orr said. “No one is giving you anything. It’s something you’re entitled to.”

Read on: Trump wants his signature to appear on coronavirus stimulus checks — a protocol breach