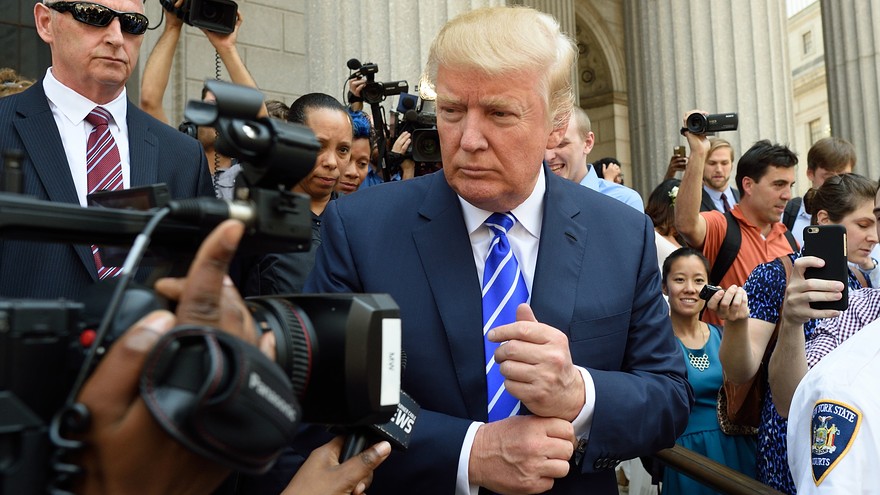 AFP/Getty Images- Don Emert
The president-elect has leveled against numerous news organizations the accusation of not pursuing and reporting truth.

President-elect Donald Trump says NBC News was “totally biased” and producing “more fake news” in a report it published Tuesday that pointed out that many companies are pre-emptively, or in many cases retroactively, announcing job-creation plans to avoid being targeted by a man set to become president Friday.

The NBC News report spotlighted instances in which companies themselves announced large-scale additions of jobs without mentioning Trump as a reason for their increased investments in the U.S., despite Trump’s having taken credit.

That list includes Amazon.com Inc. /zigman2/quotes/210331248/composite AMZN +2.57% , with its  press release last week promising 100,000 new U.S. jobs, as well as the automobile makers Fiat Chrysler and General Motors /zigman2/quotes/205226835/composite GM +2.19%  . Often the corporate plans had been in the works long before Trump’s election on Nov. 8 or were among annual expansion goals that had been on the companies’ road maps for years.

MarketWatch, similarly, reported last week that Alibaba Group Holding’s /zigman2/quotes/201948298/composite BABA -0.19% claim, after a meeting at Trump Tower between CEO Jack Ma and the president-elect , that it will create a million U.S. jobs, doesn’t include full-time jobs or actual Alibaba jobs at all. MarketWatch also pointed out that Sprint Corp.’s /zigman2/quotes/208685669/composite S +6.93% decision to bring 5,000 jobs back to the U.S. from other countries, a move for which Trump took credit, were actually related to a previously announced commitment by Japan’s SoftBank Group /zigman2/quotes/207303954/delayed JP:9984 +1.22% to invest $50 billion in the U.S. as part of the global technology fund it announced with a Saudi sovereign-wealth fund in October. IBM Corp. /zigman2/quotes/203856914/composite IBM +0.44%  , which pre-emptively announced a 25,000-jobs growth plan in mid-December before ever meeting with Trump, falls into this category, as well. 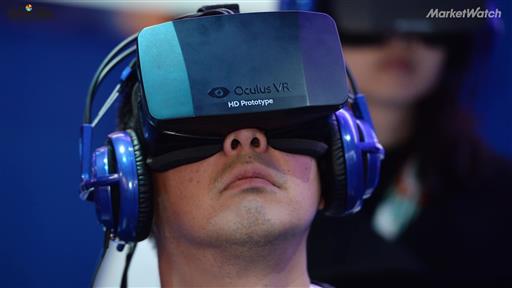 Augmented and virtual reality are growing into multi-billion-dollar businesses that will transform how users shop, work and communicate. Intel, HTC, Lenovo and Alphabet showed their latest innovations at the Consumer Electronics Show in Las Vegas.

The president-elect went as far, in a separate tweet, as to quote a Wall Street Journal story about Bayer AG’s /zigman2/quotes/210533053/delayed DE:BAYN +1.72% pledge to invest and add jobs in the U.S. However, as CNN Money pointed out , those jobs aren’t directly tied back to Trump either, but to Bayer’s move to buy Monsanto, announced in September. When Bayer announced the Monsanto deal, it said St. Louis would remain the North American headquarters of Monsanto while San Francisco would serve as the base for their combined farming assets.

A look at a few of the press releases and CEO interviews cited by Trump and NBC News as well reveals varying levels of Trump involvement, from no linkage at all to a direct and causal connection.

On Tuesday, General Motors announced that it would invest an additional $1 billion in U.S. manufacturing and create 7,000 jobs, while moving some axle-producing jobs to the U.S. from Mexico. GM made no mention of the incoming administration or its policy priorities and instead said these latest steps follow similar investments it has made annually since 2009 — a period beginning shortly after the U.S. auto industry bailout. “GM’s announcement is part of the company’s increased focus on overall efficiency over the last four years,” the company said in a statement.

The GM investment commitment, in fact, is nearly $2 billion smaller than the investment in U.S. manufacturing that GM said it announced last year.

And the vast majority of GM’s investment will go to fund new vehicles and advanced technologies, as the company continues to invest in the resources to respond to increased competition from Silicon Valley amid the advent of autonomous-vehicle technology.

See also: What President-elect Trump means for every U.S. industry

Fiat Chrysler, meanwhile, said its plan for a new $1 billion investment in the U.S. and the creation of 2,000 jobs is “a continuation of the efforts already underway to increase production capacity in the U.S. on trucks and SUVs to match demand.” As gasoline prices have tumbled, demand for gas-guzzling trucks and sport-utility vehicles has rebounded, a theme that predates Trump’s election.

Walmart’s press release Tuesday announcing 10,000 new U.S. jobs also excluded any Trump mention and was more tied to the company’s longer-term strategy to expand its retail locations globally and improve its e-commerce services to better compete with the likes of Amazon.

Amazon, for its part, has said it is adding tens of thousands of jobs to staff new but previously announced fulfillment centers in Texas, California, Florida and New Jersey.

Other job announcements, though, were more directly linked to Trump, at least in the sense that they were reacting to him, which was part of the point NBC News was trying to make.

Ford Motor Co. /zigman2/quotes/208911460/composite F +2.33% told reporters in so many words that its decision to cancel plans for a new plant in Mexico and create 700 jobs in Michigan were related to Trump’s pro-business policies.

Lockheed Martin Corp.’s /zigman2/quotes/200691238/composite LMT +1.08% decision to add 1,800 positions and lower the cost of its F-35 program arose following a meeting at Trump Tower. It also followed Trump public statements blasting the company over its prices.

Trump isn’t definitively the reason that companies are currently creating jobs in the U.S., despite his public statements — typically on Twitter — claiming as much.

Trump alleged that credibility issues are why NBC’s “Today” show is “doing so badly.” It’s worth noting that the NBC report to which Trump has reacted so emotionally didn’t even break on “Today,” but rather in a story published Tuesday night on the NBC News website. NBC News, owned by Comcast Corp. /zigman2/quotes/209472081/composite CMCSA +1.46%  , did not immediately respond to a request for comment on the Trump tweets.