Why the California drought will be worse than everyone thinks

Water, not the Federal Reserve, will drive inflation higher 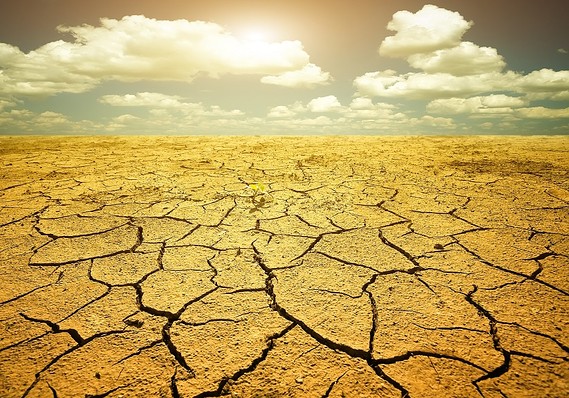 SAN FRANCISCO (MarketWatch) — We’re told by economists that the California drought is no cause for concern to the nation. The agriculture industry isn’t being forced into additional cuts. Food prices will increase only slightly.

Stephen Levy, director and staff economist at the Center for Continuing Study of the California Economy in Palo Alto argues that the market will correct a water imbalance. The state can eventually draw from new sources — desalination plants, diversions from Canada, and Washington and Oregon, to name a couple states. Some state crops including cotton and alfalfa will likely be phased out.

As for prices, “the big price moves have had to do with housing and energy,” Levy said. “Food is a relatively small impact when moving the index [Consumer Price Index, or CPI].” 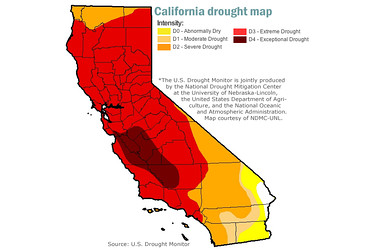 Likewise, Daniel A. Sumner, an economist at the University of California, Davis, doesn’t think price increases are imminent. He points out that California agriculture is just a part of the national food supply and that food prices are subject to much shifting global demand. He also notes that farmers have invested in wells to offset shortages. It’s working as a stopgap for price increases in a gap that’s growing shorter.

“Even a 10% price increase — larger than I think is likely — the effect on the CPI will be very small,” Sumner said.

It’s silly to think that California will shed industry, population and food production even with a prolonged drought.

It all sounds very reassuring. After all, so what if a quart of strawberries that used to cost $5 now costs $6?

No big deal — unless these economists are wrong. And, frankly, there’s a pretty strong case that should the drought persist, say another two to three years or more, prices will skyrocket. Remember, California is the biggest farm state in the nation, producing more than Iowa, Nebraska and Minnesota combined.

Sumner concede: “If this sort of unprecedented lack of water continues, then each year more cropland and more crops will face reductions in supply and prices will be more affected.”

The drought could have an even greater economic impact than pricier strawberries. Consider that food represents nearly 5% of gross domestic product, 13% of household expenditures, 9.2% of U.S employment and 14% of manufacturing jobs. California’s annual agriculture receipts come in at $21.4 billion.

And despite Gov. Jerry Brown’s April 1 executive order for the state’s water authorities to cut consumption by 25%, that effort is far short from being meaningful. Agriculture, which is exempt from Brown’s order, uses 80% of California’s water.

How California delivers water to agriculture is a byzantine process full of agencies, contracts and systems. Some farmers will get more water than others. But two general policies show how dire the situation is: The federal Central Valley Project, the state’s biggest agricultural water authorities, told its local districts that it would not allocate any water for 1 million acres of farmland it serves this year, about 10% of the state’s farmland being used for crops . The state water system expects to deliver 20% of the water it promised. 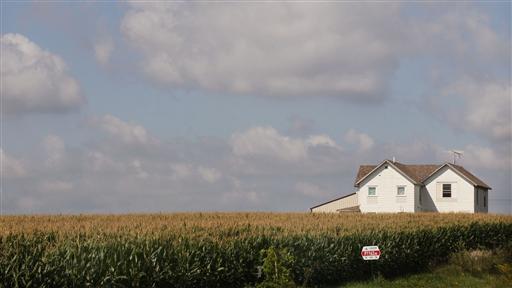 Already some economists are predicting sharp increases of 28% and 34% for many crops including lettuce, berries, broccoli, grapes, melons, tomatoes, peppers and packaged salads. Nuts — almonds, walnuts and pistachios — are almost all grown in California, and are intensive water users . California produces 90% or more of the nation’s supplies in those crops, according to the Department of Agriculture.

California farm acreage is shrinking as water rations have tightened. Among the hardest hit are rice, cotton, hay and corn fields. About 1 million acres have been cut from production this year.

In the short term, California’s agriculture industry is drawing on its once-vast underground lakes to make up for available surface water. About half of the water used by the state last year came from underground. How long farmers can do it is up for debate. No agency knows or tracks how much is being pumped.

What is known: The water being pumped in many parts of the state is 10,000 to 30,000 years old . and the ground is sinking. A study by the U.S. Geological Survey of the nation’s underground water reserves was discouraging enough, but its examination of California aquifers found that levels were at record lows — and that was in 2008.

A report in National Geographic in August found that farmers who once drilled 500 feet for groundwater were drilling as far as 2,000 feet , more than a third of a mile, to hit water in some parts of the state. The cost of wells is getting more expensive, with total costs approaching $1 million.

It’s silly to think that California will shed industry, population and food production even with a prolonged drought. Already there is talk about building desalination plants, and building canals from the northern states and British Columbia. California, with a stand-alone GDP of $2.2 trillion, is able to buy its way out of the water shortage.

But the high cost and scarcity of water in California is going to create upheaval. Can farmers shift production? Can the state build an alternative infrastructure to move in water? Will residents cut enough to buy time? Will any of it happen fast enough?

Economists such as Levy and Sumner point out that California produce is a tiny part of GDP, that gas and housing prices matter more. Perhaps. But we don’t buy and sell our homes every year and we can adjust our fuel spending. On the flip side: Everyone has to eat.

That’s why the calming voices of the California drought sound a little too cool. A storm is coming, whether it be inflation or rain.