Why Uber and Lyft will ‘fail miserably’ at autonomous driving 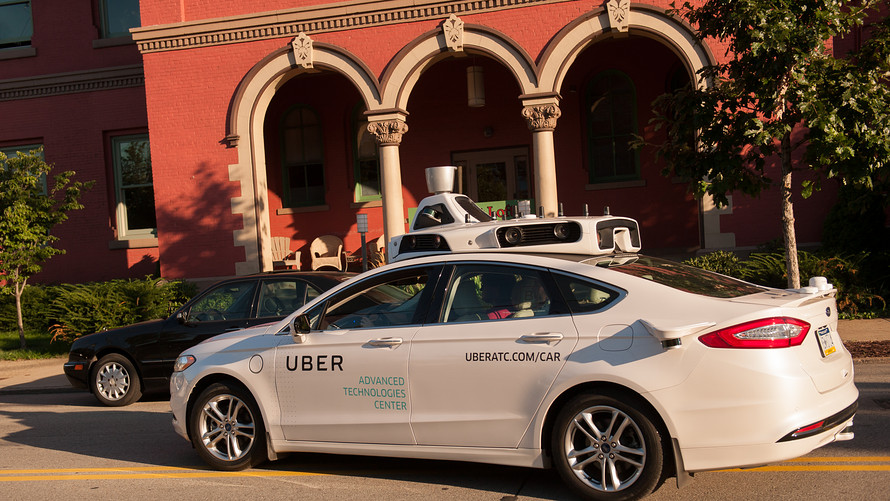 Getty Images
Not scalable? An analyst says there is no overlap between ride-sharing and autonomous driving.

Yeah, yeah, autonomous driving is an interesting lab experiment for Uber Technologies and Lyft to be involved in.

But it will be “impossible” for them to scale to production.

Related: The Anthony Levandowski criminal charges will not be easy to prove

There is zero overlap, he says, between autonomous driving, navigation systems and ride-sharing.

Every sensor has its own software, firmware and algorithms, as does every mapping module, and every control is unique to that manufacturer. 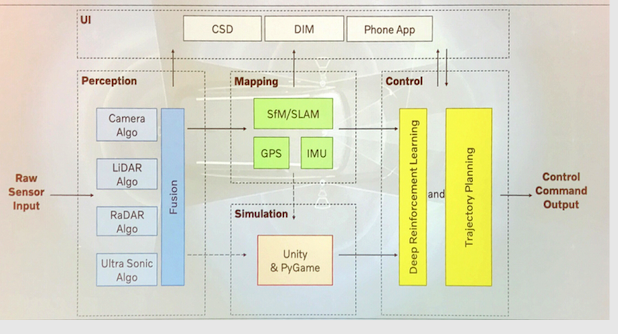 Chowdhry shows the architectural diagram of Volvo’s Polestar autonomous platform, and asks how many source code trees are there—over 1,000—and how many would be under the direct control of Uber (NYS:UBER)   and Lyft (NAS:LYFT) —not more than 20.

By contrast, Tesla will be successful since it is the only company with a fully integrated single source code, from sensor to vehicle control, Chowdhry says.

Market Realist in its own analysis says Ford Motor Co. (NYS:F)  and Tesla have big plans in the space and that “faster innovation will be the key distinguishing factor.”

Thursday was China’s term to jawbone the market higher—a mere statement that it wasn’t immediately retaliating against U.S. tariffs did that, sending the Dow industrials (DOW:DJIA)  up by 326 points—and Friday action was positive as well as U.S. stock market futures (CME:ES00)   (CBT:YM00)  rose. See Market Snapshot.

Europe and Asian stocks were stronger.

Hurricane Dorian was the focus as it bears down on Florida (and possibly Georgia)—and for the markets that could mean bad news for property insurers and reinsurers and good news for home-improvement companies, such as Floor & Decor Holdings (NYS:FND) , Home Depot (NYS:HD)  and Lowe’s (NYS:LOW) .

Dell Technologies (NYS:DELL)  may advance after reporting better-than-forecast results, while a lowered forecast may pressure retailer Ulta Beauty (NAS:ULTA) . Tesla (NAS:TSLA)   was bid higher on the news China will exempt its models from a purchase tax , following Elon Musk’s visit to the country.

Data released Friday showed a surge in consumer spending but tepid growth in personal income. There are still reports to come on Chicago PMI and University of Michigan consumer sentiment. 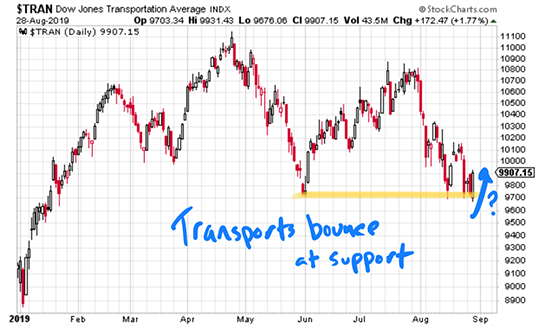 August has not been fun for markets, the last two days aside. Even in the wake of what you can call the “fake phone call” rally—CNN quoted White House aides as saying President Trump overstated the level of communication between the U.S. and China—the S&P 500 (S&P:SPX)  has dropped by about 2% during the eighth month of the year. Greg Guenthner of The Rude Awakening says two key sectors, on the edge of a breakdown, are showing some strength. The Dow transports (DJX:DJT) , shown in the chart above, have tested their May lows, and the Russell 2000 small-cap index (USA:RUT)  has recovered after closing below its May lows on Tuesday.

“Relative weakness in both small-caps and transports has been a thorn in the market’s side all summer. A little positive momentum here could go a long way in repairing some of the damage inflicted on the markets this month,” he writes.

A Hong Kong activist on his arrest.

Australia has downgraded the outlook for the Great Barrier Reef to “very poor.”

Detectorists have found a huge hoard of silver coins dating back to the aftermath of the Battle of Hastings.

Israel has positioned mannequins of soldiers in jeeps along the Lebanon border.