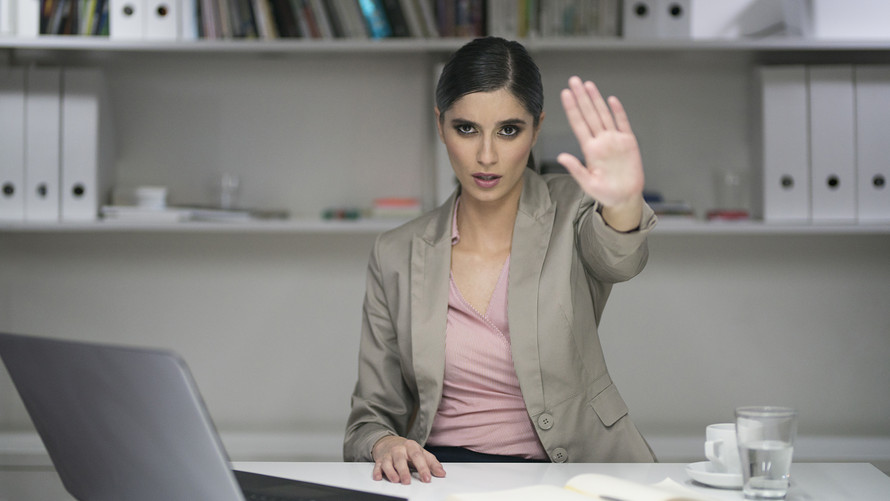 Sexual harassment complaints have increased significantly since the #MeToo movement started in October 2017, even as the total number of workplace complaints to federal regulators have declined.

In the 18 months since the exposés of alleged sexual harassment and assault by film mogul Harvey Weinstein, the U.S. Equal Employment Opportunity Commission reported an increase in sexual-harassment complaints.

‘If those employees are stepping forward because they’re hopeful that they can trust their employers will address the problem, that’s a good sign.’

Some see the trend as a good sign. EEOC complaints are going up, and so are internal complaints to employers and industry groups, said Cathy Ventrell-Monsees, senior counsel at the commission.

“If those employees are stepping forward because they’re hopeful that they can trust their employers will address the problem, that’s a good sign,” Ventrell-Monsees told MarketWatch.

But even these numbers are tiny compared to the actual number of sexual-harassment cases in companies across America. It’s estimated that only about 15% to 20% of workers who experience sexual harassment report it, said Victoria Lipnic, the EEOC’s acting chairwoman.

There’s been a wave of workplace training in the wake of #MeToo on how to prevent sexual harassment, experts say, which has helped people understand what constitutes sexual harassment and empowered them to speak up.

Don’t Miss: Want to stage a protest like Google workers? Read this first

The EEOC recovered almost $70 million for complainants in fiscal year 2018, up from $47.5 million in the year prior, according to preliminary numbers. Women account for approximately 85% of sexual harassment complaints with the EEOC.

Since the Time’s Up fund began in January 2018, it’s received over 4,000 requests for assistance from women seeking help from the group’s 850 affiliated lawyers. “This is something that happens to workers in every single industry,” Tejani said.

Don’t Miss: President Trump says he cut regulations for business — but employee lawsuits have doubled over this critical issue

There are other theories about the increased reporting. Alex Granovsky, an employment attorney mostly representing workers at New York and Ohio-based Granovsky & Sundaresh , said the digital-data trail — like texts, cell phone pictures and emails — has also led to increased reporting because of better “provability.”

Companies are being scrutinized from the outside in, and the inside out, on how they handle worker sexual-harassment allegations.

Some have been forced to change their own policies on the issue, like Google /zigman2/quotes/205453964/composite GOOG +3.37% , which ended mandatory arbitration for sexual-harassment claims last November and later expanded the policy to all worker disputes. Earlier this week, two Google  workers said they were punished for helping to stage a walk-out in the fall protesting mandatory arbitration on sexual-harassment claims.

In response, a Google spokeswoman said the company forbids retaliation and looks into all claims. “Employees and teams are regularly and commonly given new assignments, or reorganized, to keep pace with evolving business needs. There has been no retaliation here,” she said.

Meanwhile, when the retail giant Walmart /zigman2/quotes/207374728/composite WMT +0.82%   released its 2019 annual report and proxy statement on Tuesday, one of the shareholder proposals argued that the company’s board should formalize its oversight of sexual-harassment prevention matters and review its policies.

The board is urging a vote against the measure, calling it “unnecessary in light of the Company’s policies and procedures.”

Some states have also changed their laws on sexual harassment in the wake of the #MeToo movement. New York State now bans mandatory arbitration of sexual-harassment claims, under an April 2018 law that went into effect three months later, and there are similar laws in Maryland, Vermont and Washington. All those laws took effect between last summer and fall, after the #MeToo movement had become very visible.

Ventrell-Monsees said she’s seeing a new focus on websites for human resource experts that she frequently reads. “Almost every day there’s something on how to prevent harassment in the workplace. It used to be once and while. There’s been a much more deliberate and consistent push.”