It’s possible to make your children value experiences over things 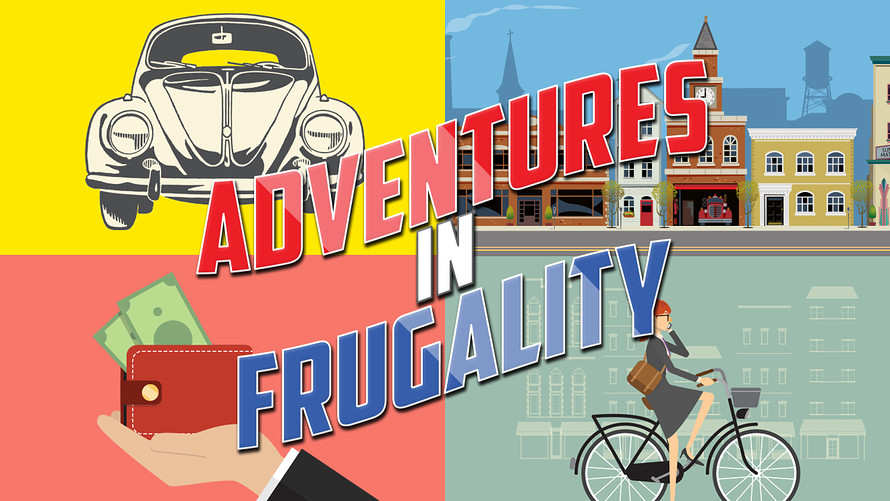 <STRONG>Welcome to MarketWatch’s new weekly series, “Adventures in Frugality.” Our team of personal-finance writers will examine how you can save more money and spend wisely in order to lead a happier and more meaningful life. In the third instalment, we explore how to teach your children about waiting for something worthwhile and doing without.</STRONG>

Omaha dad John Schmoll, Jr.’s three kids are obsessed with Legos, but when they want a new set, he rarely says yes. But he doesn’t like to just say no, either.

As the founder of the personal finance blog Frugal Rules , he and his wife carefully track their spending and try to pass prudent consumption habits on to their kids. That means Schmoll, Jr. spends a lot time explaining the difference between wants and needs.

But simply saying no isn’t a good strategy for raising financially savvy kids, he told MarketWatch.

Don’t miss: How being a cheapskate became ‘sexy’

“If you just tell the child no, they’re left wondering why and they think mom and dad are being mean, but allowing them to see some insights into why that decision is made helps them develop the mindset of delayed gratification,” Schmoll, Jr. said. “Just saying no over the long term can be just as bad as continuing to say yes.”

Raising kids is one of the biggest financial burdens a family can take on, and middle-class households will shell out an average of $284,570 to raise a child up until their 18th birthday.

We talked to Schmoll, Jr. and other personal finance writers who are parents about their strategies for living frugally while raising little ones.

Assuming of course that you can meet their basic needs for food, shelter and safety, it’s OK to let your kids feel the pinch of not getting everything they want.

“I don’t care if they feel deprived. In fact, I hope they do, because some of the most important lessons I learned about money were when I couldn’t have what I wanted,” said Holly Johnson, the Indianapolis mom behind financial advice blog Club Thrifty. “That’s life. You don’t get everything you want. I’m trying to prepare kids who are going to have to work for what you want.”

Amanda Steinberg, founder of the personal finance community Daily Worth , says she once dreaded taking her daughter to Target /zigman2/quotes/207799045/composite TGT +3.07% , because she would always ask for a doll, then scream if she didn’t get one. Then Steinberg realized the fraught trips were a chance to help her daughter “deal with her perception of deprivation.”

Now she welcomes the discussion about spending choices with her daughter. “She goes, ‘Mommy you don’t love me, that’s why you won’t buy me a toy.’ She’s fierce. She will hate me for hours,” Steinberg said of the confrontations. “I let her have her moment. Then I reaffirm to her that I love her no matter what, and then I give her a speech about how sometimes we can afford things, sometimes we can’t.”

Kids are naturally focused on themselves, and parents can use that tendency to their advantage. Kim Palmer, author of “ Smart Mom, Rich Mom ,” Smart Mom, Rich Mom says her children love their extra-curricular activities, but they’re expensive and require cutbacks elsewhere in the family budget. Palmer focuses on her children’s desires when she explains the belt-tightening. “I‘ll say, if you want to go to dance class this fall, we can’t eat out every night this summer,” Palmer said.

Show that experiences are more valuable than things

Adults are happier when they spend on experiences rather than possessions, and the same goes for kids. Johnson and her husband drive beat up cars so they can scrimp for experiences. The family took a three-week trip to Italy, Switzerland and Germany this summer. “They’re not going to remember that mommy had an SUV with a $600 monthly payment, but they’re going to remember that I took them to Europe,” Johnson said.

And cherished family memories last longer than material possessions. “Toys come and go, but we’ll still talk about experiences we were able to fund a couple of years ago,” Schmoll, Jr. said. 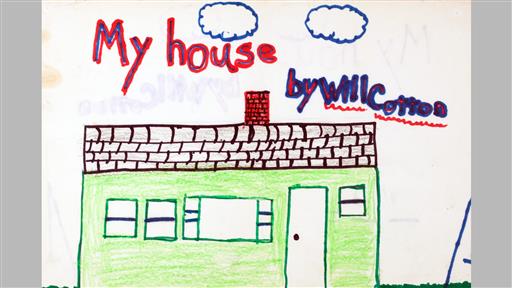 See What Your Favorite Artists Drew as Children

Some of your favorite artists showed an artistic flair when they were children. ProjectArt founder Adarsh Alphons displays early and current works by artists such as Tom Sachs and Cecily Brown on Lunch Break With Tanya Rivero. Photo: ProjectArt/Will Cotton

Make them buy their own presents

Johnson and her husband give their kids presents for birthdays and Christmas, but their daughters have to buy everything else they want themselves. They treat the toys they buy themselves with more care, she said, adding that her 8-year-old recently saved $30 to buy a Baby Alive doll. “She knows she paid for that doll and she plays with it all the time,” Johnson said. “It’s not something she threw on the floor. It has value to her because she knew she spent her money on it.”

Shift financial decision-making to them

Letting kids make some spending decisions makes them feel empowered and, little by little, teaches them about how money works, Palmer said. When her children came home from camp recently insisting that she order a toy called “squishies” from Amazon /zigman2/quotes/210331248/composite AMZN +0.35% , she told them they could either buy it themselves with money from their piggy banks, or save the cash for a later purchase.

“Shifting it to their choice -- even though they usually decide to buy it instead of saving for something down the road -- is a way for them to learn that money is finite,” Palmer said.

When Palmer’s kids say they want to order pizza for dinner, she’ll explain that it’s cheaper to make spaghetti for dinner and, by doing the latter, they’ll get to go on vacation next summer. “I’m trying to always explain that as a family we have to prioritize and not get what we want today so we can save for something later,” Palmer said.