As it’s done for nearly a quarter of a century, Anheuser-Busch /zigman2/quotes/209225053/composite BUD +1.38%   will once again roll out splashy commercials during the Super Bowl to get people talking about Budweiser and, hopefully, drinking it. But a new report suggests that young adults—the prime demographic for these advertisements—will need a lot of persuading.

U.S. beer sales have declined in recent years and aren’t showing many signs of improving, according to a new report by consumer research firm Mintel. There were 2.79 billion cases of beer sold in 2013, broadly flat compared with the 2.78 billion cases sold in 2012 and down from 2.9 billion cases sold five years ago. And, worse, beer sales are expected to rise by just 4% to 2.89 billion cases within the next four years. Baby boomers—many of whom don’t drink as much as they did when they were younger—are one reason for the lack of growth in beer sales in recent years, the research finds, and young adults in 2014 account for a smaller share of the population than boomers and retirees. 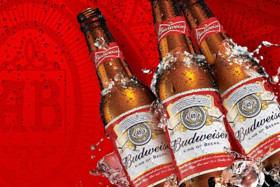 What’s more, the drinking habits of young Americans have changed dramatically in recent years, studies show. Beer drinking among 18- to 29-year-olds fell from 71% in the years 1992 to 1994, to 41% from 2012 to 2013, according to a separate 2013 survey by Gallup; sales of liquor rose from 13% to 28%, and wine rose from 14% to 24% over the same period. In a separate 2013 survey by Mintel, 80% of respondents ages 22 to 24 said they drink liquor, while just 69% said they drink domestic beer. And 66% of respondents ages 25 to 34 said they drink liquor; 58%, beer. “These results illustrate the competition the market faces from other types of alcohol, especially among young people,” says Jennifer Zegler, drinks analyst at Mintel.

There is one exception, however. Craft beer has managed to stand out, possibly because of its focus on styles and flavors, Zegler says. The popularity of craft beer—there are currently 2,700 breweries in the U.S.—has led to new products being introduced almost weekly, she says. Craft beers have helped prevent stagnation in the overall beer market: 1,000 new brands launched last year, many at higher prices, she says. Although the volume of beer sold has been virtually flat, Mintel forecasts that because of price increases, U.S. sales of beer will rise from $83 billion in 2013 to $95 billion in 2018, a 2.4% increase, adjusting for inflation. Samuel Adams Boston Lager increased its volume of beer sold by 2% in 2012, reaching nearly 15 million cases.

It’s no coincidence that beer sales started their decline after spirits manufacturers lifted their voluntary U.S. advertising ban in 1996, says Thomas Mullarkey, analyst with Morningstar. “Since that time, spirits have been steadily gaining share in the U.S.,” he adds. The Super Bowl is one of the biggest days of the year for advertisers: 30-second spots during this year’s game sold for around $4 million, according to Advertising Age, up from $3.8 million last year. As the exclusive beer TV advertiser during Sunday’s game, Anheuser-Busch will run five ads: One Budweiser ad depicts a Labrador puppy visiting his friend—a Clydesdale horse—next door. It’s already gone viral with over 13 million hits .

Another reason for the decline in beer: People are more health-conscious. “Wine has a halo effect; it’s perceived to be healthier,” Zegler says. Indeed, 22% of people who are drinking less domestic beer are drinking more wine, Mintel found. While Americans are concerned about prices, they’re also more aware of calories, she adds. Non-alcoholic drinks are growing too: Overall consumption of bottled water jumped over 6% to 9.67 billion gallons in 2012, according to the International Bottled Water Association. Around 60% of the population drinks alcohol—down slightly from 64% three decades ago—but they do so on a “semi-frequent basis,” Gallup found; 35% of people who drink said they had one within the past 24 hours, down from 39% three decades ago; 29% of people said they’d had a drink within the past week, unchanged from 1984.