Will China’s epic 5.7% stock-market rally collapse on itself like 2015? 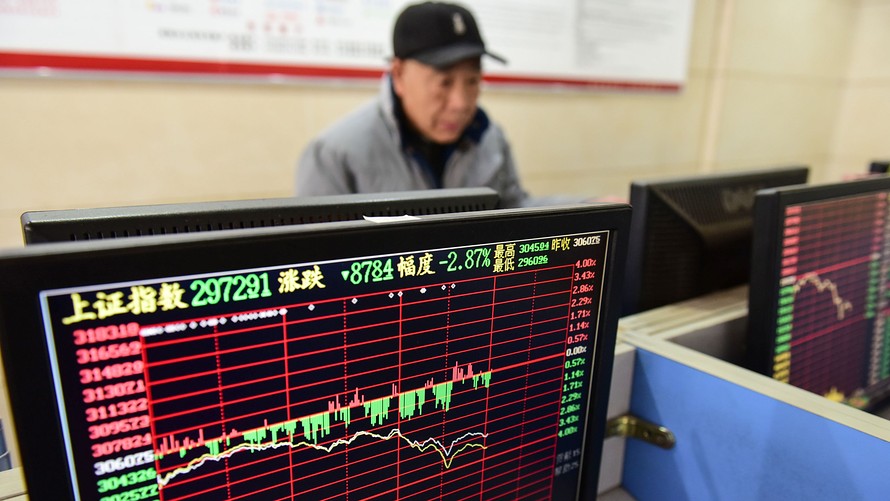 China’s fiercest stock-market rise in years has investors questioning if the bull run for equities can last or will it fizzle out in disappointment.

The sudden surge in China’s markets came on the back of several articles from state media announcing the arrival of a new bull market and emphasizing the importance of well-functioning capital markets as the economic powerhouse looks to recover from the coronavirus-driven doldrums.

Although, the sharp rise in Chinese stock-benchmarks also has brought up uncomfortable parallels to 2014 to 2015 period when government-backed newspapers and commentators cheered on the market, only for the euphoria to burst.

“The near-6% surge in China’s mainland equities today has little obvious economic justification, and some qualitative features in common with the run-up to the 2015 collapse,” wrote Oliver Jones, a market economist at Capital Economics.

An editorial from the China Securities Journal on Monday stated that the foundations for a “healthy bull market” had strengthened over the last three decades, pointing to the benefits of higher asset prices stimulating increased spending. And a social media blog post from Shanghai Securities News said “Hahahahaha! The characteristics of a new bull market is becoming obvious.” 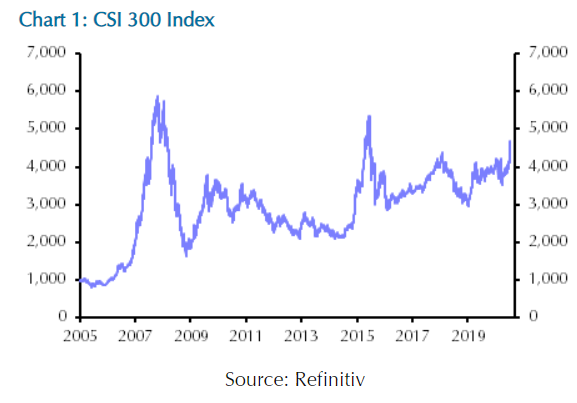 Some analysts are skeptical of comparisons with the 2015 market collapse, which was accompanied by a loosening of margin requirements that allowed individual investors to lever up their bets by borrowing money to buy stocks. Back then, the increased use of leverage helped to amplify the stock-market’s gains but also accelerated a selloff, which erased a third of the value of Shanghai-listed stocks in the span of month.

Estimates initially pegged the use of leverage by individuals at about 20%, which later increased to 100%.

This time around, regulators may be more wary of repeating past mistakes.

“I doubt that 2015 is repeating itself because margin standards have been tightened considerably,” said Brendan Ahern, chief investment officer of KraneShares.

And analysts also point out there has been some strength in China’s fundamentals. The recent rally has coincided with a raft of stronger-than-expected data in the past few days, pointing to a sharp rebound in manufacturing and services sector activity, as China bringing its deadly coronavirus outbreak under control.

The Caixin China services purchasing managers index rose to 58.4 in June from 55.0 in May, Caixin Media Co. and research firm Markit said Friday. A reading above 50 indicates growth in economic activity.

But in the end, investors may be making too much of the double-digit gains in China’s equity market.

“The current rally, sanctioned by the authorities in the media, is so far small beer compared with past upswings. Although it may ultimately prove unsustainable, a day of reckoning could be some way off,” said Jones.