With caution being thrown to the wind, it’s time to get some protection 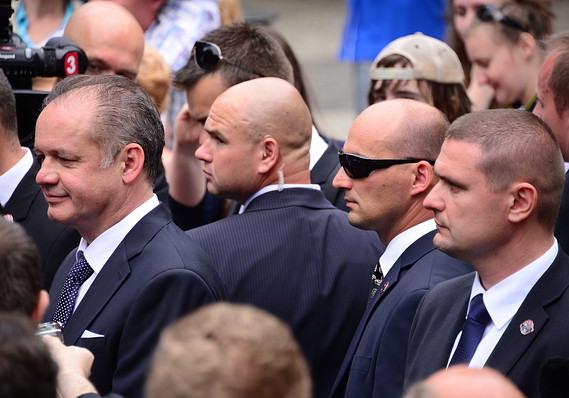 Negativity has been replaced by positivity, any sense of caution has been thrown to the wind, bullishness is pervasive , and bears look like idiots. In short: All the conditions one wants to see if one is interested in a market fade or at least in getting some protection.

On Dec. 4, I suggested new highs on markets were a fading opportunity, especially in context of low volatility. I outlined technical upside risk into 2,235-2,275 on the S&P 500 /zigman2/quotes/210599714/realtime SPX -1.11% . Subsequently, the SPX exceeded my risk range by two points before retreating a bit.

Now that the risk range has been approached, I would like to share a few updated charts that support my technical basis for major risk coming to these markets.

Firstly, a long-term monthly chart of the SPX reveals the entire 2016 rally to be a lot weaker than advertised as it comes with pronounced negative divergences in relative strength and a weak moving average convergence/divergence (MACD) in context of a very much narrowing bearish wedge pattern: 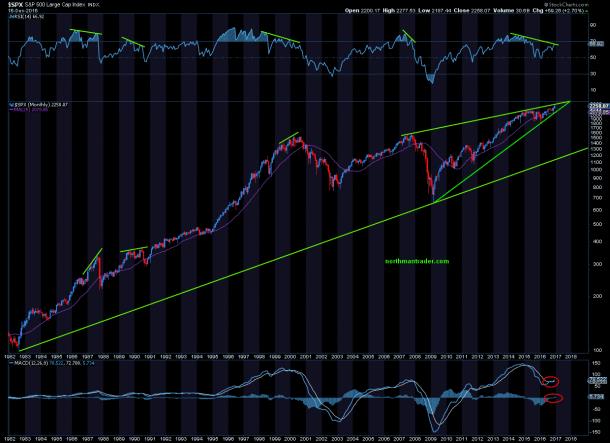 Granted, negative divergences seem not to have mattered much in 2016, but they never do until they do. In my view, they remain a major red flag on any new highs. The pattern could extend into 2017 as I've discussed before, but either way you look at it the air is getting thin with plenty of corrective risk to the downside.

In this context, last week's weekly rejection candle has a rare, but familiar ring to it. 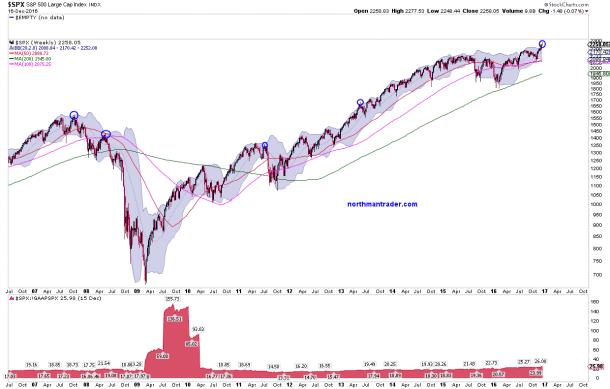 Of note here is that investors have been piling into stocks not only at all-time highs, but also at the highest GAAP P/E valuation in many years.

Most notably in this context are the transports which also show a familiar pattern. 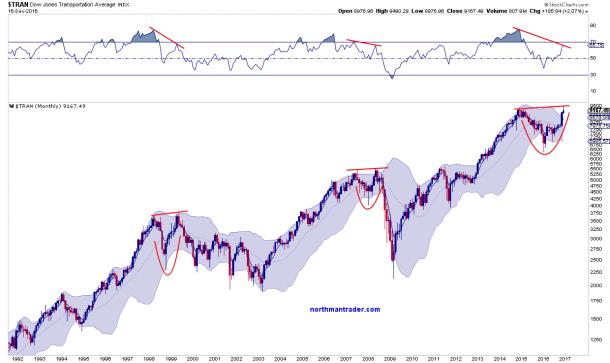 Note new highs coming on not only a negative divergence, but also following a rounding bottom pattern and pushing above the monthly Bollinger bands. Precisely the same conditions we can observe in 2000 and 2007.

That said, all indices look strong for the moment and remain far above their key longer-term moving averages. A look under the hood, however, suggests engine trouble in the works.

Stocks above their 200-day moving average continue to lag and are not confirming the recent advance.

And volatility remains the undiscovered country. The longer-term chart continues to suggest a rounding bottom which opens the door for significant volatility to come as relative strength continues to show a positive divergence: 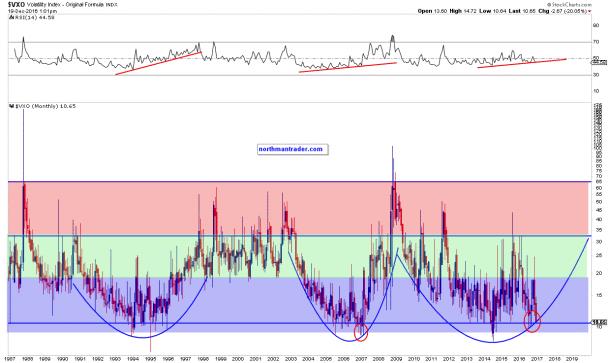 In light of recent market strength I stand firm in my analytical view that risk is highly underpriced and markets continue to set up for major pain as recent highs have come in context of larger bearish structures that have produced a newfound bullishness in markets, perhaps a key ingredient that was lacking over the past couple of years.

During the next couple of weeks I will be publishing my 2016 market review and, separately, my 2017 technical outlook which will be published in our market analysis section.

And on this note, I'd like to wish readers a happy holiday season.