Yellen says market expects too much certainty from Fed guidance 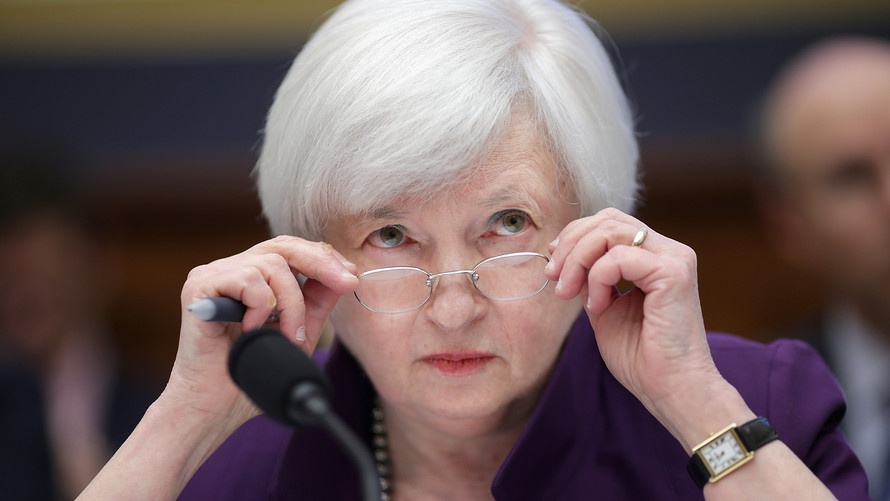 If investors are looking for certainty on the outlook for interest rates from central banks they are bound to be disappointed.

That’s the message from outgoing Federal Reserve Chairwoman Janet Yellen, who at a conference at the European Central Bank urged traders to remember that forward guidance is heavily dependent on shifts in the economic outlook and not a promise on future policy.

“In my experience, market participants are very interested in knowing what the path of policy will be and when changes will be made either in asset purchases or in the policy path. And that’s something that central banks are loath to provide,” she said at the event in Frankfurt on Tuesday.

“I do think that market participants are looking for greater certainty about the policy path than central bankers think is appropriate to offer most of the time,” she added.

The investment community usually scrutinizes all hints about future rates coming out from the Fed and in particularly the so-called dot plot, which shows the rate projections of the FOMC members. However, when asked whether the forecast tool has been a good idea, Yellen said it comes with both “costs and benefits.”

“Obviously there’s inherent uncertainty about the outlook for the economy and so the committee’s expectations for appropriate policy evolve in time and in line with the outlook. When that happens my experience is that market participants often feel they have been misled,” Yellen said.

The Fed boss used the beginning of the recent rate-rise cycle as an example of when investors were misinterpreting the central bank’s signals. When the Fed hiked rates for the first time in nine years in December 2015, market participants immediately started looking for hints on the next increase and how often they would come.

Read: Fed’s Yellen: It’s confusing with so many voices on the FOMC

But the policy statement at the time “provided qualitative guidance,” pledging only that future hikes would be “gradual,” Yellen said. So investors — eager to predict the path of policy — instead checked out the most recent summary of economic projections from the Fed, which suggested four rate increases would be on the table in 2016.

As it turned out, the Fed ended up raising rates only once that year. That was largely due to a turbulent period with plunging oil prices, worries over slowing global growth and uncertainty over the U.S. election and the U.K.’s Brexit vote among other things.

“I would say that market participants certainly should have understood at the end of 2015 that [fewer than four hikes] was a possibility and that these were not Odyssean types of promises but Delphic types of forward guidance at best. We’re always trying to emphasize the economic conditionality of our forthcoming policy decisions,” Yellen said.

Delphic forward guidance refers to something softer and less binding than Odyssean, which is seen as a strategy to be implemented in an explicit way.

“Market participants, I think, felt disappointed and that they had been misled. I certainly don’t think that was the case,” she added.

The Fed meets for its next policy-setting meeting on Dec. 12-13 and is widely expected to raise its benchmark interest rate. According to the CME FedWatch Tool, the market is pricing in a 91.2% probability of a 25 basis point rate hike.