The best way to spend your $1,200 stimulus check, according to financial advisers 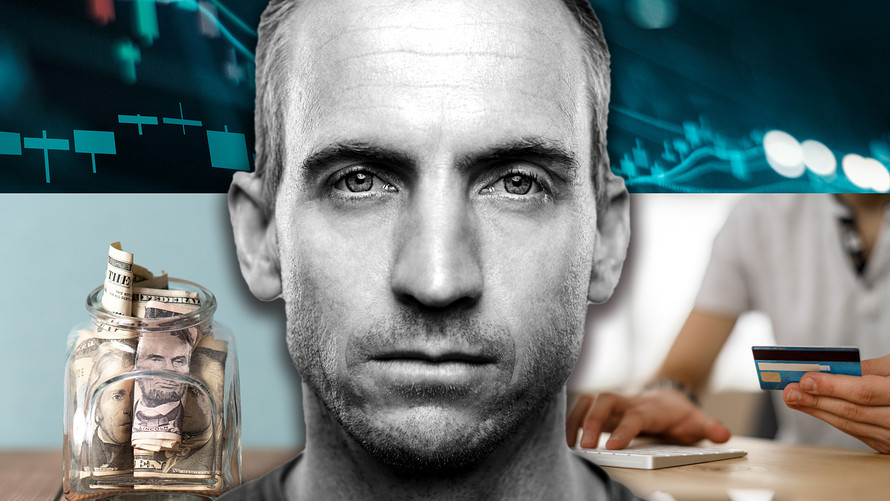 MarketWatch photo illustration/iStockphoto
The $2 trillion stimulus bill is sending $1,200 checks to all adults up to a certain income limit.

The federal government is poised to send millions of adults checks starting this week as part of the massive $2.2 trillion stimulus bill aiming to shore up an economy reeling from the coronavirus outbreak.

The Coronavirus Aid, Relief, and Economic Security Act (CARES Act), which President Donald Trump signed into law in late March, includes one-time checks of $1,200 for many adults below certain income levels and $500 to children, as well as expanded unemployment benefits and relief for small business owners.

As Americans awaited their money, #stimulusdeposit trended on social media. Once people get their stimulus money they’ll have a simple, serious question: How should I use this?

See also: Will you receive a direct payment from $2 trillion bill passed by Senate Wednesday? Depends on how much you earn

Advisers say they’d fill their rainy day funds first, pay down debts and then cautiously invest or donate their money.

The choice may be painfully clear for many who need the money now for necessities because they’ve been laid off from businesses lacking cash flow. Record numbers of Americans have applied for unemployment as more than 16 million jobs have disappeared in less than a month.

For those who still have jobs, how should they use their money — especially at a time when up to 37 million jobs could be in jeopardy?

More than 20 financial advisers told MarketWatch how they would use the money and what advice they are giving clients. Advisers said they would first fill their rainy-day funds, pay down debts next and — very cautiously — invest. But what about everyone else?

Here’s a look at what some advisers said others should do with their stimulus checks.

A rainy day account should cover three to six months of expenses, Johnson said. That means money for rent, mortgage and utilities. Average rent was $1,468 as of February, according a spokesman at RENTcafe.com, an online real-estate listings.

As of December, home owners paid $833 in interest and principal a month in a 30-year rate on a median priced home at $225,723, according to CoreLogic. That figure doesn’t include the varying size of property taxes that could be layered on a monthly bill.

The fund should also earmark between $120 to $200 for gas a month, $400 a month in groceries for a family of four and devote $1,000 for tires and car expenses, Johnson said. Lastly, the fund should also have enough to pay for the annual limit on out-of-pocket health care expenses, he said.

“If you feel confident that you won’t be laid off any time soon and you don’t have a contingency fund, you should put it there and start building it with every paycheck going forward,” said Tara Unverzagt of South Bay Financial Partners in Torrance, Calif. “You could be next — be prepared.”

Read also: 6 ways to help others during the coronavirus outbreak — ‘Everyone is a responder in this crisis’

Spend it (on debts)

‘Paying off credit cards would be a great way to get an immediate guaranteed return.’

“Paying off credit cards would be a great way to get an immediate guaranteed return,” said Chris Chen of Insight Financial Strategists in Newton, Mass.

However, Chen said he wouldn’t put it towards student-loan debt just yet because he would wait to see what further action lawmakers take on student-debt relief.

Indeed, after MarketWatch spoke to Chen, the federal government, the lender behind the majority of student-loan debt, said borrowers can put payments on pause for six months and that it’s waiving collection for interest on loans for the time being.

When deciding how to pay down debts, Nick Reilly, founder and lead adviser at One Day in Seattle, Wash., said the top focus should go to credit-card debts, particularly those with interest rates of 8%, and above. That consists mostly credit-card debt, he noted. As of November, the average annual percentage rate for a credit card stood at 14.87%, according to Federal Reserve information.

If emergency funds are first filled, debts are paid off and you have the stomach and experience, some advisers said there could be good investment opportunities waiting.

“I would definitely invest it in equities as I am a long-term investor. Equities are down about 32% from all-time highs and it’s important to slowly start taking advantage of this,” Silvia Manent, founder and managing partner of Manent Capital in Boston, wrote in an email to MarketWatch. One method would be investing small amounts on a weekly, bi-weekly or monthly basis, she said. “We may have more downside from here (nobody really knows) so it’s important to be careful.”

‘I would be looking for an ETF that provides exposure to as many industries as possible.’

Eric Powell, founder of The Future Mill in Lakeland, Fla.

In Encino, Calif., Stephen Rischall, a financial adviser at Navalign, said if he received a check he would put it “in good companies that I think are already benefiting, to some degree, from this pandemic — think of virtual learning and business cloud infrastructure, e-sports and video games, and grocery stores.”

Others said they wouldn’t stock pick.

“I would be looking for an ETF that provides exposure to as many industries as possible,” said Eric Powell, founder of The Future Mill in Lakeland, Fla. “This provides a growth opportunity for the future, but also offsets the risk of buying into individual companies that may file for bankruptcy.” One good way to spread risk and diversify at a low cost is looking for an ETF tracking an index like the S&P 500 /zigman2/quotes/210599714/realtime SPX +1.22% .

Donate it (if you can afford to)

Of course, those who could afford it, said they would donate their stimulus money.

See also: 6 ways to help others during the coronavirus outbreak — ‘Everyone is a responder in this crisis’

“If you’ve kept your job and have an adequate emergency fund, you might want to consider donating a portion of the stimulus check to help those who aren’t as fortunate as you,” said Doug Garrison, senior wealth adviser at Investec Wealth Strategies in Houston, Texas. “Times such as this call for compassion and solidarity.”