Zoom Video IPO: 5 things to know about the videoconferencing company

IPO prices at $36, above already raised range for a market cap of more than $9 billion 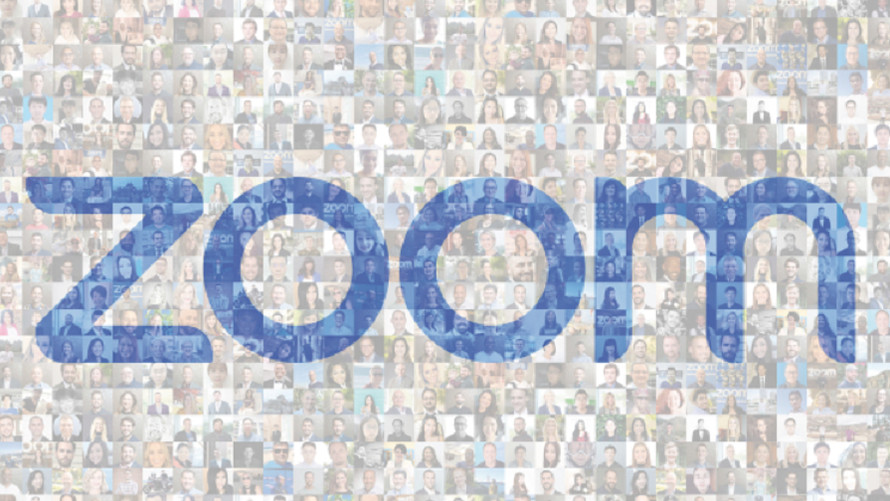 Zoom Video Communications Inc. is joining an already active season of initial public offerings, and the videoconferencing company is looking for a high valuation as it seeks to gain more share from legacy-based video communications vendors.

Zoom (NAS:ZM) reportedly priced its shares at $36 late Wednesday and is expected to begin trading on Thursday. The company filed for its IPO in late March, with 20.9 million shares to be sold, and had raised its expected pricing to a range of $33 to $35 a share on Tuesday, up from a previously expected range of $28 to $32 a share. Underwriters will have the option of an additional 3.1 million shares to cover overallotments. The San Jose, Calif.-based video-first communications platform provider will list on the Nasdaq under the symbol “ZM.”

Here are five things to know about Zoom.

Sales and marketing expenses were 56% of revenue on the year ended Jan. 31, while they were 54% in the year-ago period.

The valuation is high, and could still zoom higher

Should Zoom price at the top of its range and its overallotment options get exercised, it’s looking at a market capitalization of $9.35 billion. With its most recently reported sales, that puts Zoom at an enterprise value of 28.2 times its annual revenue. That’s a premium to Okta Inc. (NAS:OKTA) , Atlassian Corp. (NAS:TEAM) , Twilio Inc. (NYS:TWLO)  and the most recent tech company to IPO, PagerDuty Inc. (NYS:PD) , which are in the 23 to 26 range, according to FactSet data.

That, however, isn’t counting if the stock prices above its range or sees its stock rally in its first day of trading, as PagerDuty did in all three cases. Should Zoom price at the top of its range and rally a relatively modest 25%, the company would be valued at just more than 35 times its annual relative, more than Zscaler Inc. (NAS:ZS) , which has one of highest valuation ratios of a software company at 30 times its annual sales. And take into consideration, Zscaler’s stock price has already doubled since its IPO a little more than a year ago.

See also: 5 things to know about the Uber IPO

Zoom is looking to go public as the Renaissance IPO ETF (PSE:IPO)  has rallied 30% on the year, while the S&P 500 index (S&P:SPX)  has climbed nearly 16% and the tech-heavy Nasdaq Composite Index (NASDAQ:COMP)  has gained nearly 21%.

Zoom is native to the cloud, and hopes to capitalize on it

“Our approach to video has been substantially different from that taken by others who have attempted to add video to an aging, pre-existing conference call or chat tool,” the company said in its S-1 filing. “We developed a proprietary multimedia router optimized for the cloud that separates content processing from the transporting and mixing of streams.” 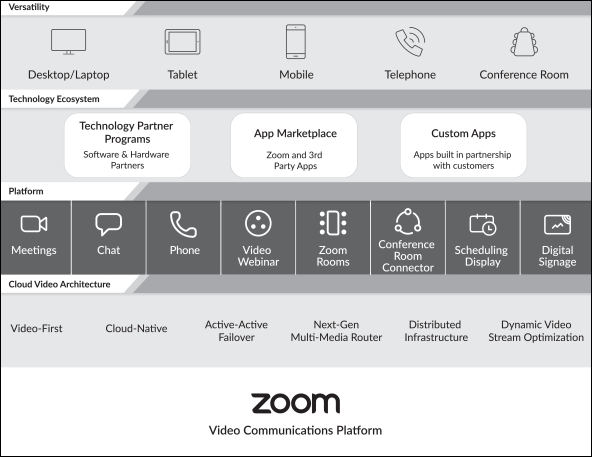 Zoom is all about happiness, really

In the S-1, the word “happy” occurs 17 times, “unhappy” occurs twice, while the word “happiness” occurs 34 times. Eric Yuan, Zoom’s president, chief executive and chairman, said in a letter filed with the S-1 that keeping both customers and employees happy was Zoom’s mission.

“Delivering happiness is what we do at Zoom,” he noted in the filing.

See also: 5 things to know about Greenlane, the closest thing to a U.S. cannabis company to go public on the Nasdaq

“Ten years ago, I was an engineering leader at a major technology company. I would visit customers, and they would tell me how unhappy they were with the technology in the videoconferencing market,” said Yuan. “This made me unhappy. There had to be something better — something designed for modern video communications, something that would deliver happiness. I knew that we would have to start from scratch to do it right,” Yuan said.

Executives and early investors hold all the power

Atlassian already owns 5.1% of class A shares. So far, the company has raised $160.5 million in five funding rounds with Emergence Capital Partners, Sequoia Capital and Emergence as lead investors, according to Crunchbase.

Additionally, Salesforce Ventures LLC, the VC arm of Salesforce.com Inc. (NYS:CRM) , agreed to buy $100 million of Class A stock in a private placement at the IPO price, Zoom said.